“Mental health issues such as depression are an illness like any other and so they should be diagnosed and treated properly. No one should make fun of those suffering or take it lightly” – Hazrat Mirza Masroor Ahmad

On 8 May 2022, the World Head of the Ahmadiyya Muslim Community, the Fifth Khalifa (Caliph), His Holiness, Hazrat Mirza Masroor Ahmad held a virtual online meeting with female members of the Waqf-e-Nau Scheme aged between 12 and 15 from the UK.

His Holiness presided the meeting from MTA Studios in Islamabad, Tilford, whilst the Waqf-e-Nau gathered at the Baitul Futuh Mosque in Morden. 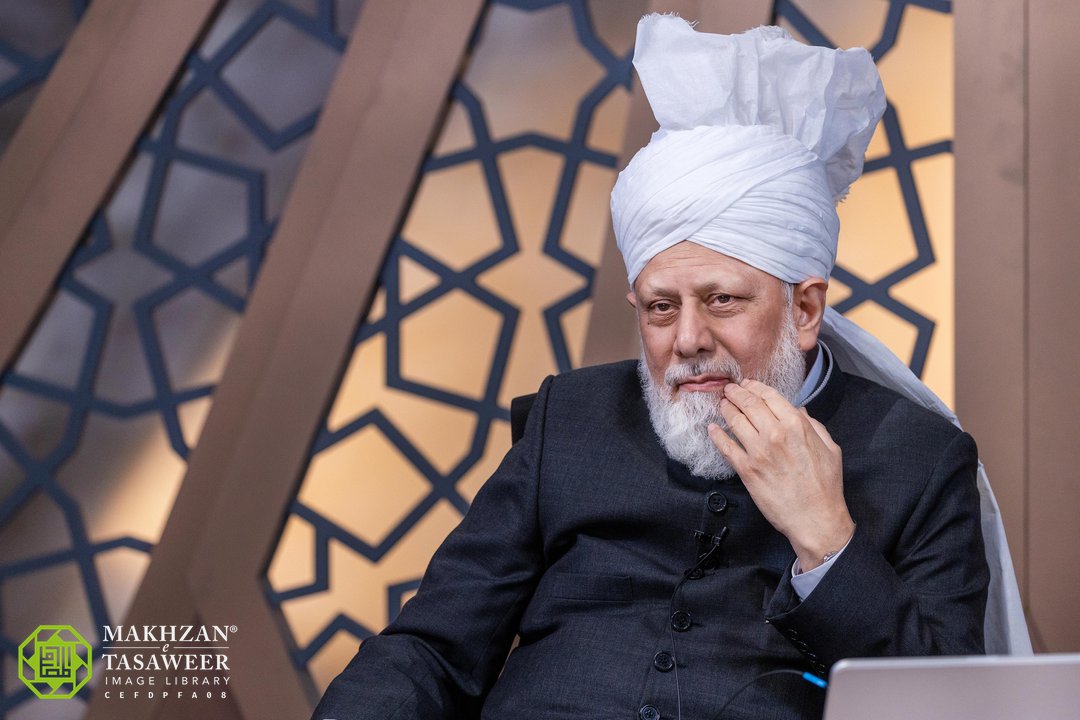 One of the Waqf-e-Nau girls asked His Holiness how she should respond to those who mock the Hijab.

“If you are determined, if you are strong and staunch in your faith, then you should not bother what the other people say. It is the commandment of Allah the Almighty that a (Muslim) woman should observe the Hijab… So, if people mock us then don’t care [about them]. Tell them, this is my personal choice, my personal view and I have a right to do whatever I like. [Inform them that] this is my personal liking and I am doing it because of my religious teachings, because of the commandment of the Shariah and the Holy Quran which has been given by Allah the Almighty in the Holy Quran. So, if you are a determined and strong Ahmadi Muslim, then you will never worry whatever the people say. Further, you can tell them that they engage in behaviour which they consider to be moral, but according to your religious teachings are immoral. And, so if you don’t object to their habits then who are they to question that why do you wear the Hijab?”

One of the girls asked His Holiness what will happen if Ahmadi Muslims fail to fulfil their responsibilities in bringing about the spiritual and moral revolution that the Promised Messiah (peace be upon him) came to establish. 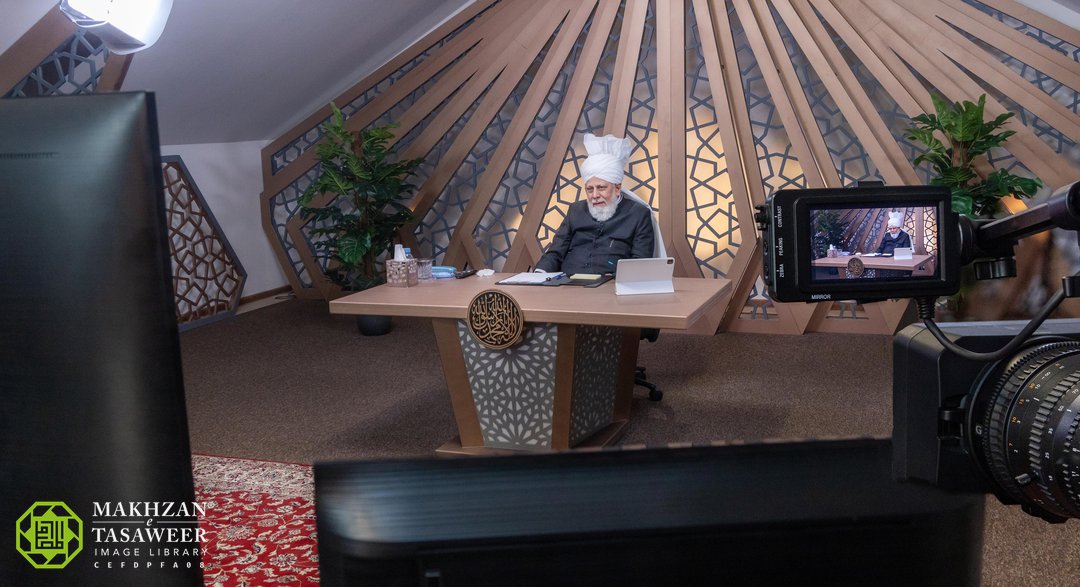 “Allah the Almighty has stated (in a revelation to the Promised Messiah [peace be upon him]) that, ‘I shall cause thy message to reach the corners of the earth’ and Allah is fulfilling His word. He is raising such people who come to the fore without our prior knowledge and they go on to take the message forward. Therefore, if we participate in this task of Allah the Almighty, of taking the message of the Ahmadiyya Muslim Community to other people, then we shall reap His blessings. If we fail to play our role then Allah will most certainly ensure that this task comes to fruition through other people.”

A question also related to how girls in their teens should convey the teachings of true Islam.

“You should manifest the most excellent morals. Discuss the beauties of your religion with your friends. It is not right to tell people that they should become Muslim – no one will become a Muslim that way. Instead, people will become provoked and agitated. So rather, you should exhibit the highest of morals and treat your friends well and behave well towards your teachers and excel in your studies. That way you will be well regarded in your school. The teachers and the students will then want to know about you and so you can tell them at that point. You may sometimes even have an opportunity to speak in your school assembly about Islam or have other opportunities to do so when you get asked to speak about yourself. In such circumstances, there are many children who go on to explain the teachings of Islam and they mention that they are Muslim and that they are Ahmadi Muslims and they explain what their objectives are as Ahmadi Muslims. So, this gradually opens up avenues for conveying our message to others. When Allah so wishes, the people whose hearts He wants to open [towards Islam], He shall do so. We cannot force anyone to become Muslim. However, what we can do is exhibit the teachings of Islam through our own lives and so when we show good morals, people themselves will become attracted to us.”

Another attendee asked His Holiness’s advice for those children suffering from mental health issues such as depression.

“First you need to find out the underlying cause [for their mental health problems]. Those suffering should be taken to a psychiatrist by their relatives and they should be treated properly and full efforts should be made to rid them of their pain.”

“Furthermore, see what time of the day their suffering is most acute. If it is in the morning at 10 or 11 then they should go out for a walk at that time to get some fresh air. Secondly, they should pray to Allah the Almighty and they should try to develop their will-power and determination. They should pray that Allah the Almighty brings them out of this phase. So, medical care should be adopted and they should also pray… Mental health issues such as depression are an illness like any other and so they should be diagnosed and treated properly. No one should make fun of those suffering or take it lightly. Seek repentance from Allah and do your five daily prayers. Then, Allah removes these difficulties.”

Another girl asked His Holiness for advice on how to save oneself from the negative usage of social media.

His Holiness asked her if she was aware of the negative and positive aspects of social media, to which she replied that she was.

“If you know the negative usage of social media, then you should avoid such usage. It is a matter of temptation. A person is easily tempted, whereby they open a link and they become interested and then they open up another link and then another and so forth. The user doesn’t think of the negative impact it is having upon them. So, the first time that you see something on social media that can potentially have a negative impact on you or others, immediately shut it down. Instead, visit those sites which increase your knowledge. For example, watch scientific or educational programmes and documentaries and read comments and articles by scientists and academics. Also, visit the sites and pages of the Ahmadiyya Muslim Community rather than visiting harmful websites and content. It all depends on your will-power and determination and how much you wish to protect and save yourself.” 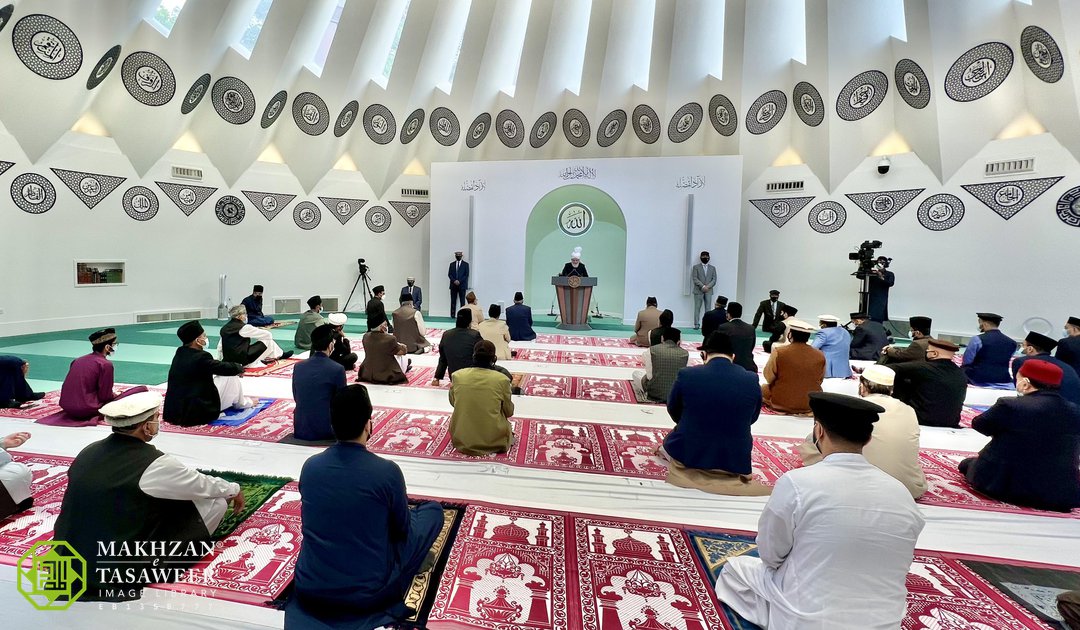 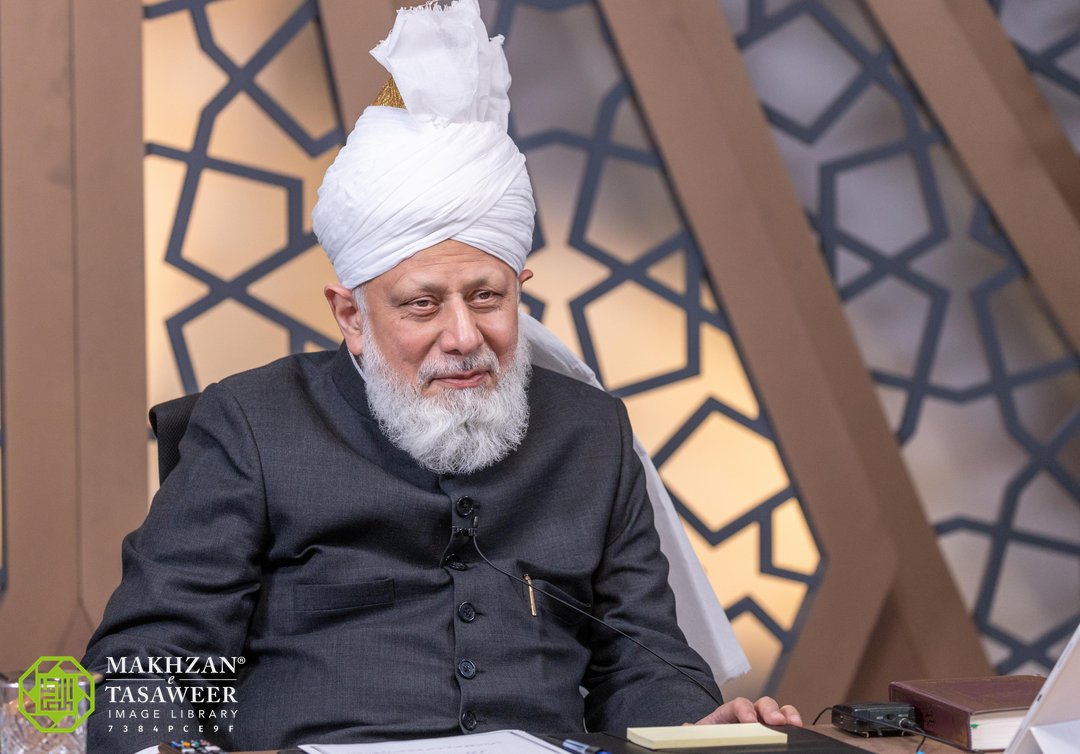