“An Ahmadi Muslim boy or girl, man or woman, should always show patience, and their patience level should be very high” – Hazrat Mirza Masroor Ahmad

On 12 March 2022, the World Head of the Ahmadiyya Muslim Community, the Fifth Khalifa (Caliph), His Holiness, Hazrat Mirza Masroor Ahmad held a virtual online meeting with members of Majlis Atfal-ul-Ahmadiyya from USA.

His Holiness presided the meeting from MTA Studios in Islamabad, Tilford, whilst the Atfal joined the meeting virtually from the newly constructed Baitul Ikram Mosque in Dallas.

Following a formal session which consisted of a video presentation about the new Mosque, members of Majlis Atfal-ul-Ahmadiyya had the opportunity to ask His Holiness a series of questions regarding their faith and contemporary issues.

One boy asked His Holiness why human beings, who have been deemed as the ‘best of creation’, were not created before those animals that later became extinct.

Another attendee asked His Holiness for advice on how he can maintain a peaceful and loving environment with his siblings.

“You should show patience. Respect your brother and sister, whoever is older than you, and also be kind to those who are younger. And whenever they say something wrong, you should always show patience. Your tolerance level should be very high. When you see something wrong in them or they are teasing you and you get annoyed then say, ‘Astaghfirullaha Rabbi min kulli zanbin wa atubu ilaih’ [prayer for seeking forgiveness of Allah]. At the same time, you should pray in your prayers that you always get good things from your siblings and neither you make them unhappy, nor they make you unhappy. Both of you live together amicably in a friendly manner, in a brotherly manner. An Ahmadi Muslim boy or girl, man or woman, should always show patience, and their patience level should be very high. If you develop that, then you will not get annoyed, or you will not take revenge from your brothers and sisters.” 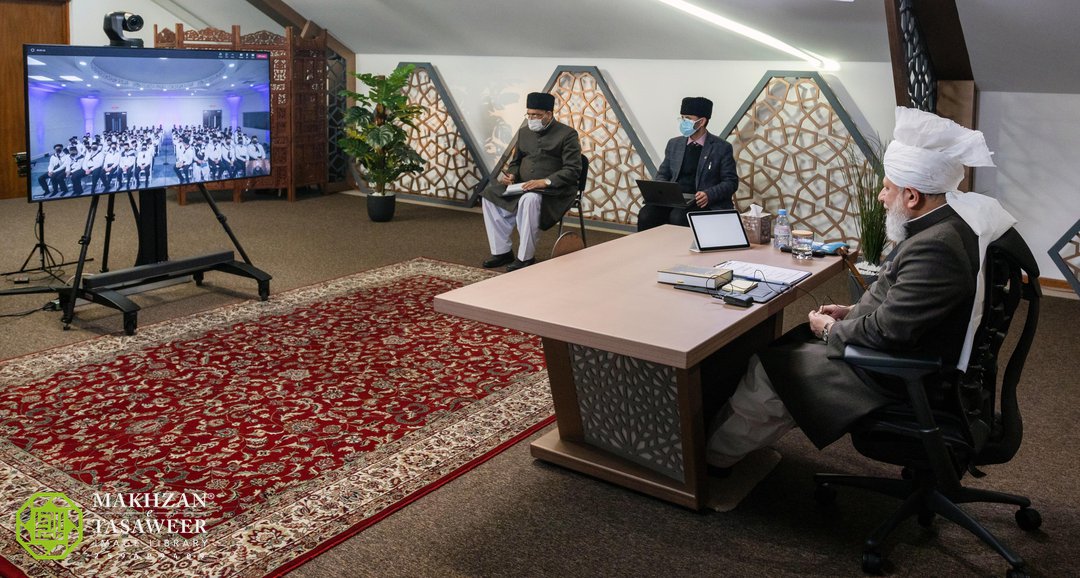 “Yes, provided, they do not deviate from their original teaching. All the prophets gave the message of their Prophethood from Allah the Almighty. They all proclaimed that you should worship One God and don’t make partners with Him. They clearly said that ‘we are the messengers of Allah the Almighty’ and they also said that, ‘we have come to guide our people.’ Quite a number of prophets prophesied that a prophet will come in the latter days who will be the prophet of God, but not for the local people [or] for his own people, but for the whole of the mankind. This prophecy was made by the Prophet Moses, the Prophet Jesus and so many other prophets. So, whilst Moses brought the same message, Jesus brought the same message, Krishna brought the same message, Confucius brought the same message, they also prophesied about the coming of a prophet who will be the universal prophet. None of their religious scriptures has ever claimed that they are the prophets for the whole of mankind. Even in the Bible, Jesus Christ has categorically said that, ‘I am the prophet for my own people, for my own tribes only’.”

His Holiness said that in contrast, Islam is a universal religion that was not limited to a particular people or region.

“One thing is that they [religions other than Islam] have deviated from their true teachings. Secondly, they never claimed that they came or they were sent by Allah the Almighty for the whole of the mankind. But the Holy Prophet (peace and blessings be upon him) was sent, and it is the claim of the Holy Quran that the Prophet Muhammad (peace and blessings be upon him) is the mercy for the whole of mankind and he announced this claim himself. He was sent for the whole of mankind, as a warner and the giver of glad tidings. So, this is why we say that despite the fact that all the religions were true religions, now their teachings have been corrupted by the followers.”

His Holiness also explained that although some false traditions had also entered into the Muslims, God Almighty had protected Islam and corrected the false notions by sending the Promised Messiah (peace be upon him).

A question also related to Christian beliefs, as a Tifl asked His Holiness how he should respond if his Christian friends ask him why he does not believe in Jesus (peace be upon him) to be the son of God?

“You can tell them that we only know that Allah is All-Powerful and Omnipotent. And there is no match [for Him] and He can do everything. You can ask them, ‘Do you think Allah needs somebody’s help?’ If He does not need anybody’s help, then why should He have a son? Or, if He is going to die, then He should worry, that, ‘When I die, then there should be somebody to replace Me to continue my work.’ When we believe that Allah is All-Living, and He will never die, everything is going to finish, but Allah the Almighty will remain there all the time – even before He created this world, heaven and the earth, He was there – so when Allah is the [All-] living then why should he have a son? You can tell them we don’t understand the logic behind it.”

“It is said that in the Bible it is stated that Jesus is the ‘son’. So the pious people – Allah the Almighty has considered them as His (spiritual) children in the Bible. There are so many quotes in the Bible where you can say that not only Jesus, so many people have been given the title of ‘children’ so it is not only Jesus Christ who had this title. It does not mean that they are real (biological) children. It means that they are the true followers of Allah the Almighty. If we believe that Allah is never going to die, then why should He get a child? Why for a million or billion years did he not have any child and then just 2000 years ago it came to His mind that He should have a son and then He created Jesus? No, it is wrong. So there is no logic in it. This is why we don’t believe that Jesus was the son of God.” 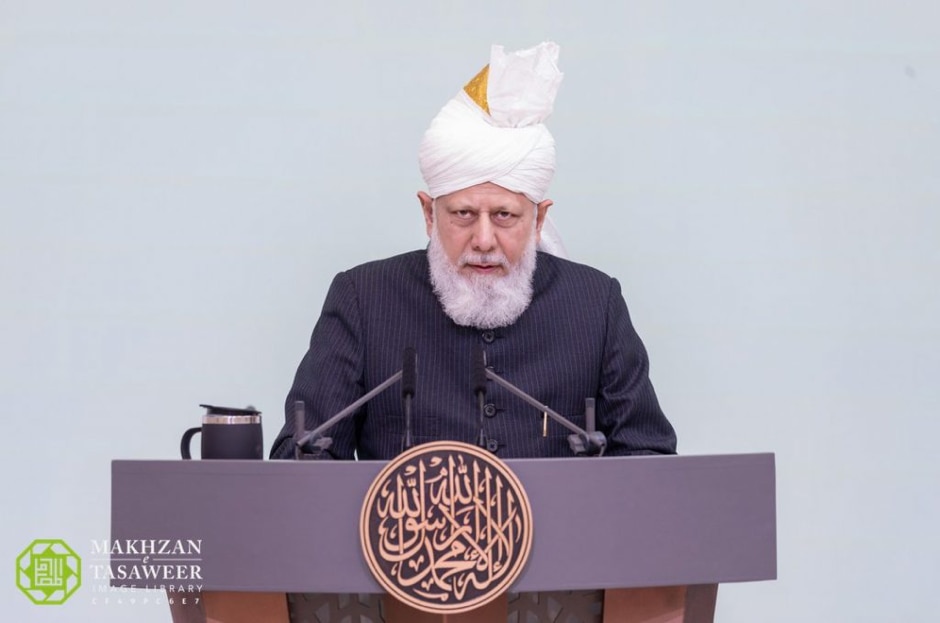