His Holiness presided the meeting from MTA Studios in Islamabad, Tilford, whilst more than 30 Amila members joined the meeting virtually from the Jamia-tul-Mubashireen premises situated in Butsan-e-Mahdi, located near Ouagadougou in Burkina Faso.

During the 65-minute meeting, all present had the opportunity to speak to His Holiness and the National Amila members were able to present a report about their respective departments and to receive the guidance and instructions of His Holiness on a range of issues.

Speaking to the Mohtamim Tarbiyyat, responsible for the moral and spiritual training of the youth, His Holiness reminded of the various aspects his department should focus on for the Khuddam’s Tarbiyyat.

Asking him about his plan, Hazrat Mirza Masroor Ahmad highlighted a number of topics and said:

“Are the Khuddam focused on observing the five daily prayers? Are they attentive towards recitation of the Holy Quran and bettering their morals? And if they do pay attention towards these aspects then to what degree? …The most important element is that the Khuddam should be in the habit of observing the five daily prayers. If Khuddam become focused and attentive towards their prayers, then their attention will also become drawn towards other pious deeds.”

“The Khuddam should be encouraged to pay greater attention to the study of the Holy Quran. So draw further attention towards this. Other than that, you should regularly circulate and share the sayings of the Holy Prophet Muhammad (peace and blessings be upon him) and share a page or half a page from the writings of the Promised Messiah (peace be upon him) with the Khuddam… Also, Khuddam should be encouraged to regularly listen to my Friday Sermon on MTA.”

His Holiness also encouraged the Mohtamim Tabligh, responsible for outreach work, to involve the Amila members from the national, regional and local levels to carry out Tabligh and that they should be set targets in order to motivate them.

Speaking to the Mohtamim Ishaat, responsible for publications, His Holiness said that they should encourage Khuddam to write articles for their Magazine.

“Encourage those who are educated and living in the cities that they should also try to write some articles. Some of them can write an article on how did they accept the Ahmadiyya Muslim Community, how did their parents accept the Ahmadiyya Muslim Community, what is Islam Ahmadiyyat, why should we believe in Islam Ahmadiyyat, and what are the prophecies of the Holy Prophet (peace and blessings be upon him) with regards to the coming of the Promised Messiah (peace be upon him). So, like this, they will increase their knowledge and their faith. And at least then you will also encourage them to write more for the Ahmadiyya Muslim Community and after seeing their articles, some more Khuddam members will also become active in writing articles, or at least they will try to increase themselves in their faith.”

Upon this, His Holiness emphasised the importance of taking care of the different needs of the new converts. 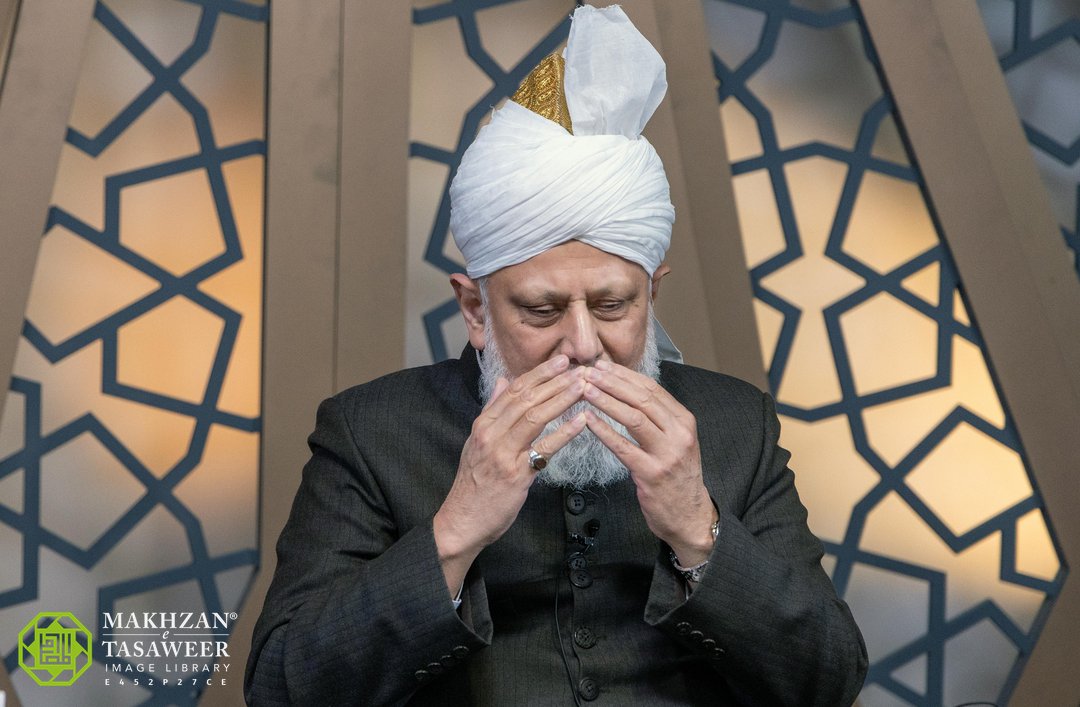 “For people (Ahmadi Muslim converts) of different religious backgrounds, there should be different plans or programmes. So those who are Muslim, it is quite possible that they already know the words of prayers [such as the words of] Surah Al-Fatiha and they can read the Holy Quran. For them, you have to make a plan that [teaches them about] what is Ahmadiyyat. Tell them more about the Ahmadiyya Muslim Community and try to increase their Islamic religious knowledge; history of Islam; history of Ahmadiyyat etc. And those who come from Christian background, they should have a different training programme. They should learn the words of Surah Al-Fatiha, the prayers, Salat. Tell them how to offer Salat and what is the meaning of Salat or why should we offer five daily prayers and [there should be a separate plan] for other groups as well. So different groups should have different plans or programmes.”

“May Allah the Almighty keep you safe and let you work hard for the cause of the Ahmadiyya Muslim Community and give you the strength to spread the message of Islam Ahmadiyyat all across the country.” 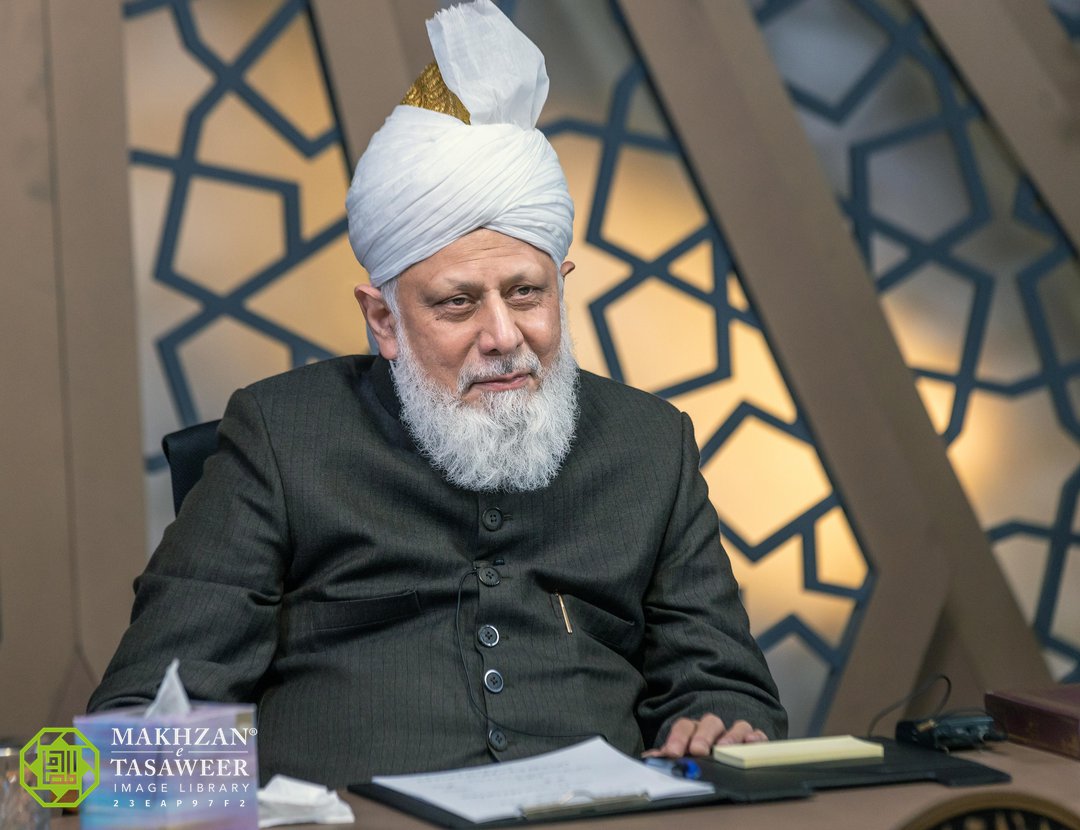 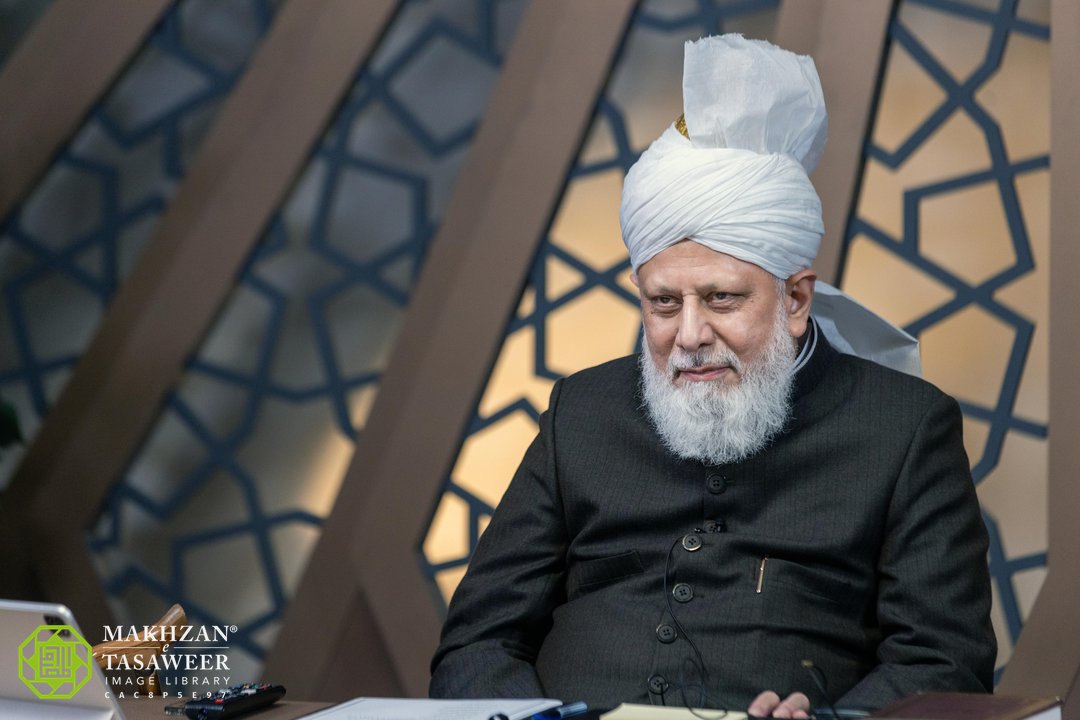