His Holiness presided the meeting from MTA Studios in Islamabad, Tilford, whilst the Amila members joined from the Bait-ur-Rehman Mosque complex, in Maryland, USA.

Whilst speaking to Naib Sadr Saf-e-Dom, responsible for Ansar aged 40 to 54 years, His Holiness emphasised the importance of exercise and said that those Ansar who are part of Saf-e-Dom should exercise regularly and wherever possible, should cycle to work to help reduce pollution. 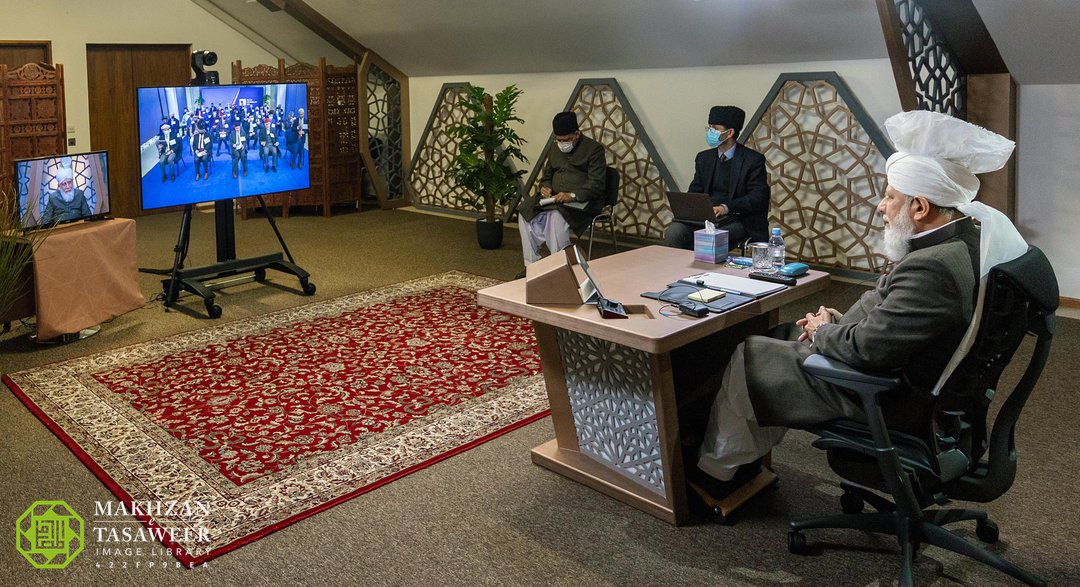 Addressing the Qaid Tarbiyyat, responsible for moral and spiritual training of the members of Majlis Ansarullah, His Holiness reiterated the importance of the five daily prayers and said that all five prayers were compulsory for a Muslim and offering any less cannot be excused.

“At the age of Ansarullah, they should remember Allah the Almighty more than anything else.”

During the meeting, the Qaid Tabligh, responsible for outreach work, mentioned that some members of Majlis Ansarullah were not engaging in outreach work on social media because of fear that people will curse the Founder of the Ahmadiyya Muslim Community when they are engaged on social media.

“Even if one person is guided to the right path then you have achieved your purpose. So, you should not stop doing Tabligh because of this (fear). There are quite a number of people who have been cursing us all the time from morning to evening. If you go to Pakistan, you can hear only filthy words and curses from the non-Ahmadi mosques against Ahmadi Muslims. So, should we stop doing work because of that? So, this is not a valid excuse… We don’t know how long this Covid pandemic will remain. So, we cannot stop our work because of this. We have to explore new ways and means to spread our message.”

One of the attendees asked His Holiness how people could be made more active in their involvement in the Ahmadiyya Muslim Community. 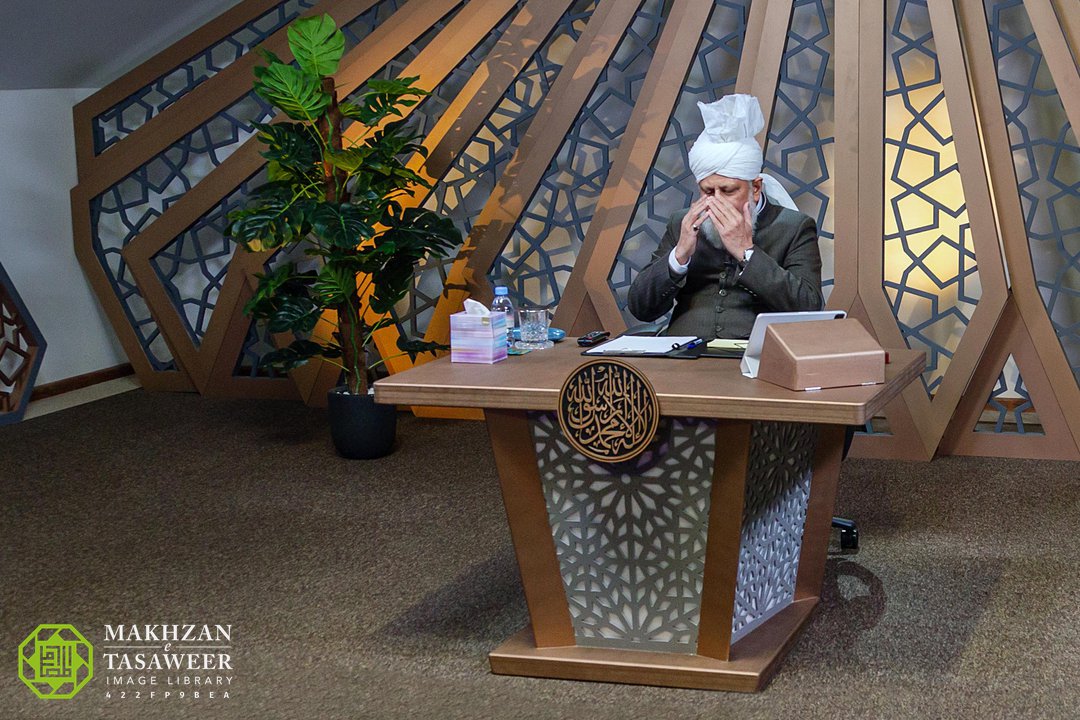 “You see it’s a continuous effort. We cannot use force. It all depends on their level of faith and it is the task of Secretary Tarbiyyat to increase the level of faith. He and the respective local secretaries for Tarbiyyat should all seek to guide the members. It requires a consolidated effort. So, this is what we can do. We cannot force people. This is a matter of their faith. If your faith is firm, if you believe that the Ahmadiyya Muslim Community is the Promised Community which was to be formed by the Promised Messiah (peace be upon him) then, once they realise this fact, they will be active.” 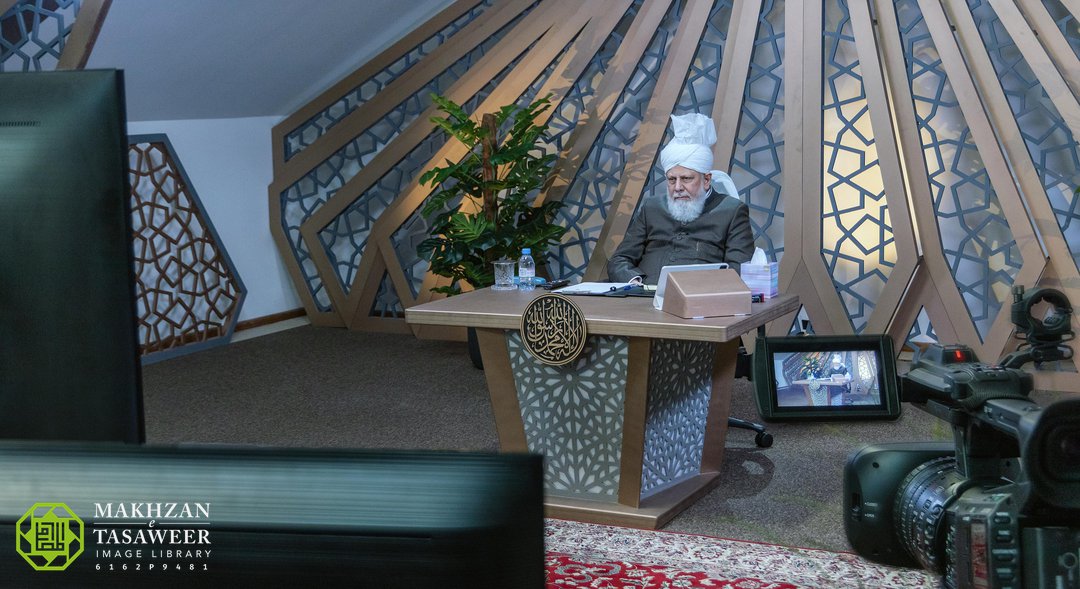 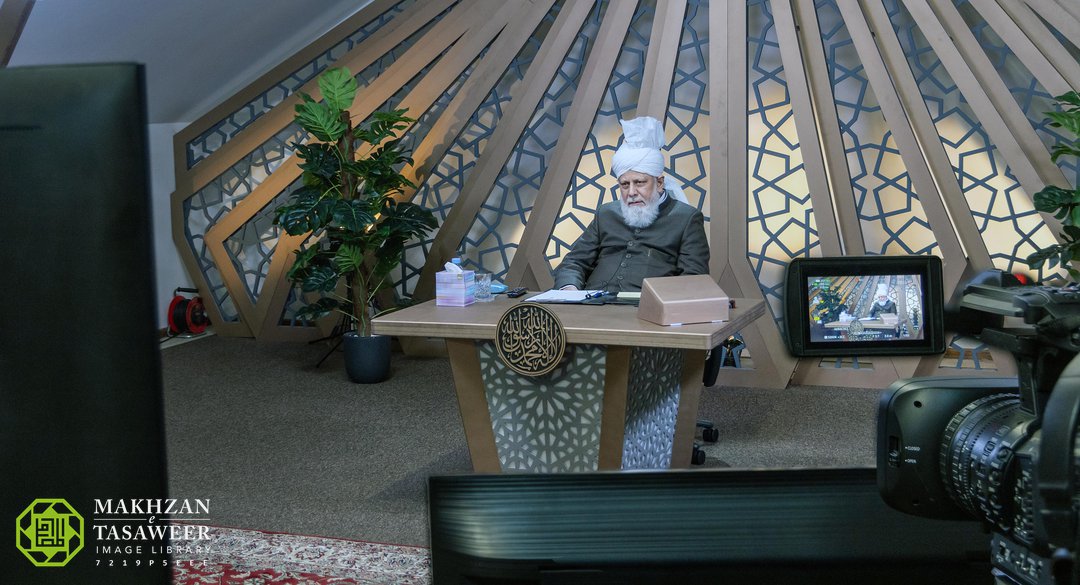