His Holiness presided the meeting from MTA Studios in Islamabad, Tilford, whilst the Amila members joined from the Lajna prayer hall in Nasir Mosque in Gothenburg, Sweden. 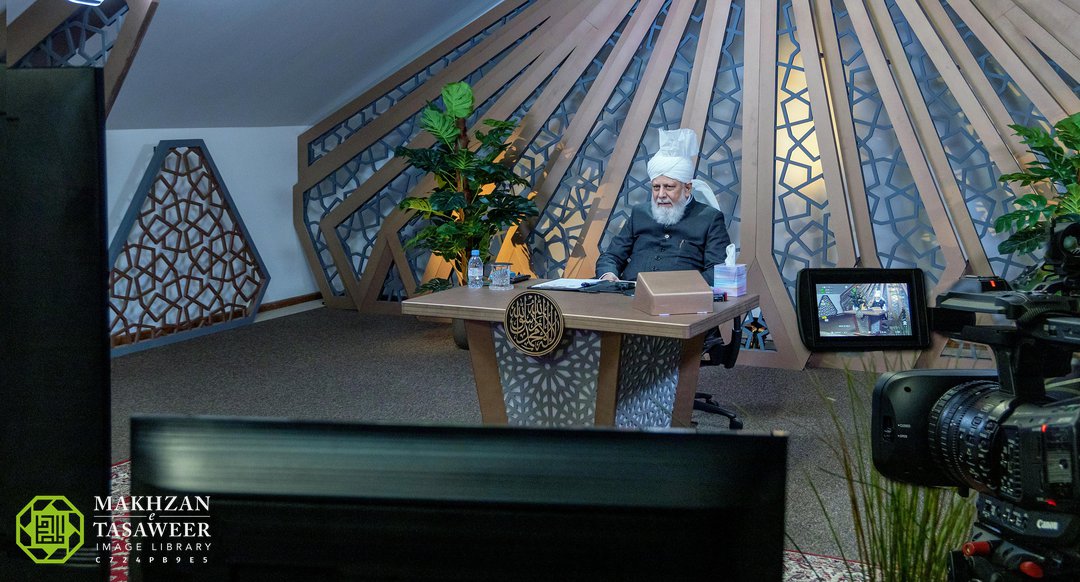 During the meeting, His Holiness spoke to all attendees and outlined the various responsibilities assigned to the respective Lajna Amila members and gave guidance on improving the activities of their departments.

Speaking to the General Secretary, His Holiness outlined the importance of ensuring that reports are prepared promptly and that due feedback is given. His Holiness said that all reports must be accurate and genuine, with no element of exaggeration.

During the meeting, His Holiness particularly emphasised the importance of encouraging the reading of the book The Will by the Promised Messiah (peace be upon him). His Holiness said that it should be read so often that its references become memorised and that once people know it that well, they will begin to act upon it.

Speaking about the book The Will, Hazrat Mirza Masroor Ahmad said:

“The Will covers everything – the reasons for the advent of the Promised Messiah (peace be upon him), the purpose of Khilafat and its need and importance. It also covers the topic of piety and righteousness.”

The Secretary Tarbiyyat sought the guidance of His Holiness on the subject of adopting Hijab.

His Holiness also said to the Secretary Muhasiba, responsible for auditing the finances, that she should thoroughly check that the expenses are being made in the right way so that the funds of Lajna Imaillah are utilised appropriately to fulfil its objectives.

His Holiness emphasised the importance of caring for the religious and educational needs of Nasirat aged 12 and above and the younger members of Lajna Imaillah.

“If within girls aged between twelve to fifteen you instil the strong habit of following the traditions of the Ahmadiyya Muslim Community and of adopting the Hijab and modest dressing, and if they learn what the Ahmadiyya Muslim Community is, its traditions and beliefs and why we are Ahmadi Muslims, what religion is, what Islam and the Quran teach us and how we are to act upon it, if they become firm upon all of this during this age then they will remain firm even when they grow older.”

Speaking to the Secretary Seht-e-Jismani, responsible for encouraging sports and healthy living, His Holiness said that the department ought to ensure the members of Lajna Imaillah regularly exercise and that Amila members should lead by example and should be regularly walking two to three miles.

One of the Amila members asked His Holiness for advice so that those who are seeking matches for marriages do so whilst prioritising faith over worldly aspects.

“There is a need for excellent moral training. The department of Tarbiyyat should morally guide the young women and their mothers so that they give precedence to their faith. Similarly, Majlis Khuddamul Ahmadiyya should also guide and train the young men that they too should pay heed to their faith. They also should focus on attaining a good education.  It is not the case that Allah the Almighty has said that you should only excel in your religious education. Rather, you should also pay attention to the world [e.g. secular education]. However, do not prioritise the world. Prioritise your faith. They should have good jobs but at the same time they should be religious and be regular in their prayers and be mindful of their religion and should be attached to the Ahmadiyya Muslim Community. This is the level that the boys should have. It is also a part of the responsibilities of mothers that they too should morally train their children in this way.” 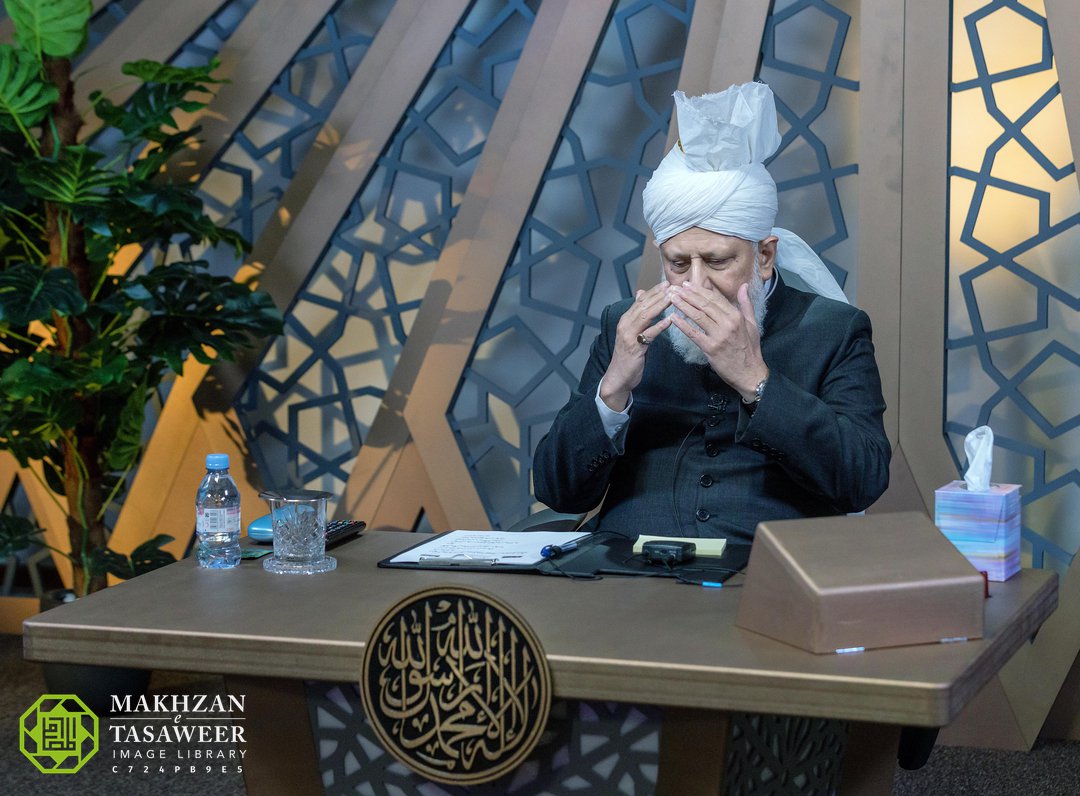 His Holiness was also asked how mothers should balance the friendships of their children so that they are not only friends with non-Muslim children.

“Our (Ahmadi Muslim) children should play with all children (not just Muslims). Tell your child, that though he is a Muslim, he has to live with all people and interact and play with everyone. There is no need to make a distinction of faith… At the same time, you should instil this in the child’s mind that he is a Muslim and as Muslims our responsibility is to be grateful to Allah the Almighty for everything that He has given us. If others do not do so then it is a matter between them and Allah. However, we are Ahmadi Muslims and we need to show a good example. Our children should let their friends know that they can play and study together, however when it is time for prayers they must offer them and then once the prayers are complete they can then play with their friends again. This will have a good impact on their friends too. So in this way, it is very important to create an understanding of their own significance – of being an Ahmadi Muslim – within our children.” 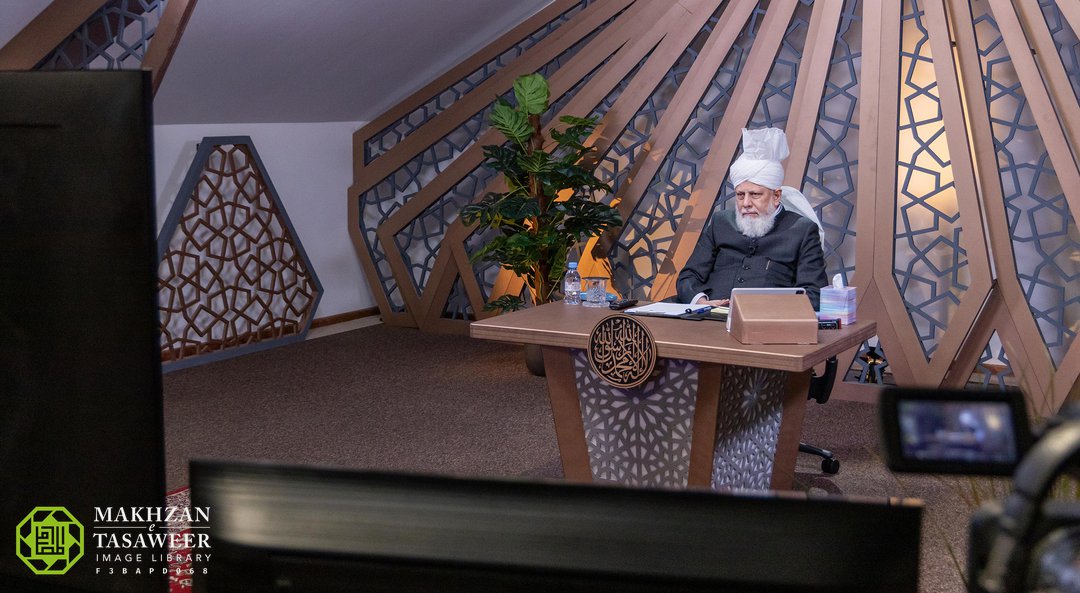