His Holiness presided the meeting from MTA Studios in Islamabad, Tilford, whilst the students attended from the Lajna prayer hall in Nasir Mosque in Gothenburg, Sweden. 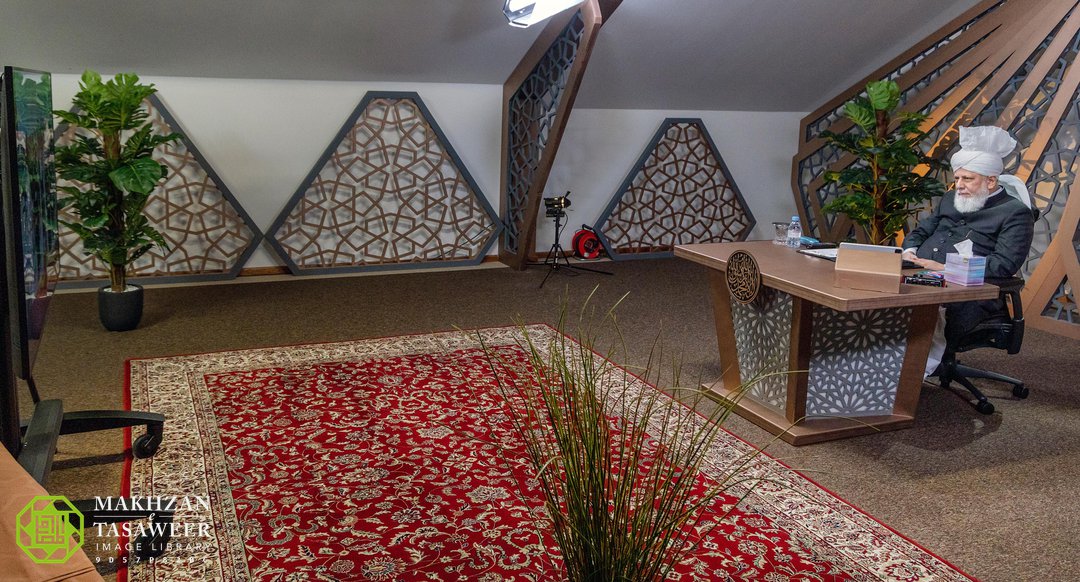 Following a formal session starting with the recitation of the Holy Quran, the members of Lajna Imaillah had the opportunity to ask His Holiness a series of questions regarding their faith and contemporary issues.

One of the attendees asked for advice on what Ahmadi Muslims can do to ensure the events of the Ahmadiyya Muslim Community can be made environmentally friendly.

“Generally, as much as possible, we should use recyclable products. At the events of the Ahmadiyya Muslim Community there is usually a team dedicated for ensuring good hygiene. One of their responsibilities is to ensure that the environment and the facilities should be kept as clean and tidy as possible and they should clear rubbish in an appropriate and environment-friendly way.”

His Holiness also advised against littering at the events and said that members should be educated about protecting the environment and ensuring that waste was disposed in an appropriate way.

Another Lajna member mentioned a recent European Union law that allows for any private employer to remove women from employment for wearing the headscarf and asked for advice on how Ahmadi Muslims should respond.

“People are raising their voices against it. This law is against the human rights (of a Muslim woman). A person who wears the hijab does so because of her faith. Similarly, if a Jewish man who wears a skull-cap is told not to wear it or a Muslim man is told not to wear their cap and Sikhs are told not to wear their turbans – it is wrong and such restrictions are a means of denying such people of their basic human rights… Our members should oppose this law through whatever legal mechanisms are available and by raising your voice. They should condemn it. Remember, these laws which are made in parliaments are not divine laws which will always remain the same. If people raise their voice against such unjust laws then there will come a time when these laws shall change.”

“What they are doing is wrong. On the one hand they claim to uphold human rights but on the other, they deny Muslim women of their religious rights. So you should write against this in the newspapers and Ahmadi Muslim girls should write in the Swedish news and also in Europe-wide newspapers too. Wherever someone has access or an opportunity they should avail it (to lodge their disapproval). I have instructed about this before too and so you should write that those who create such laws are actually violating and infringing upon basic human rights. If there is a person that has a potential and is of good calibre – for instance, a woman who is a good scientist, or a woman who is an able doctor or surgeon, her employer may fire her simply for wearing a Hijab. That is unjust and counter-intuitive. It is a waste of their potential. It is a question of depriving a bright mind of its rights. So you should write and lobby against this law. Make noise and if you do so, there can be much achieved by raising your voice in these countries.” 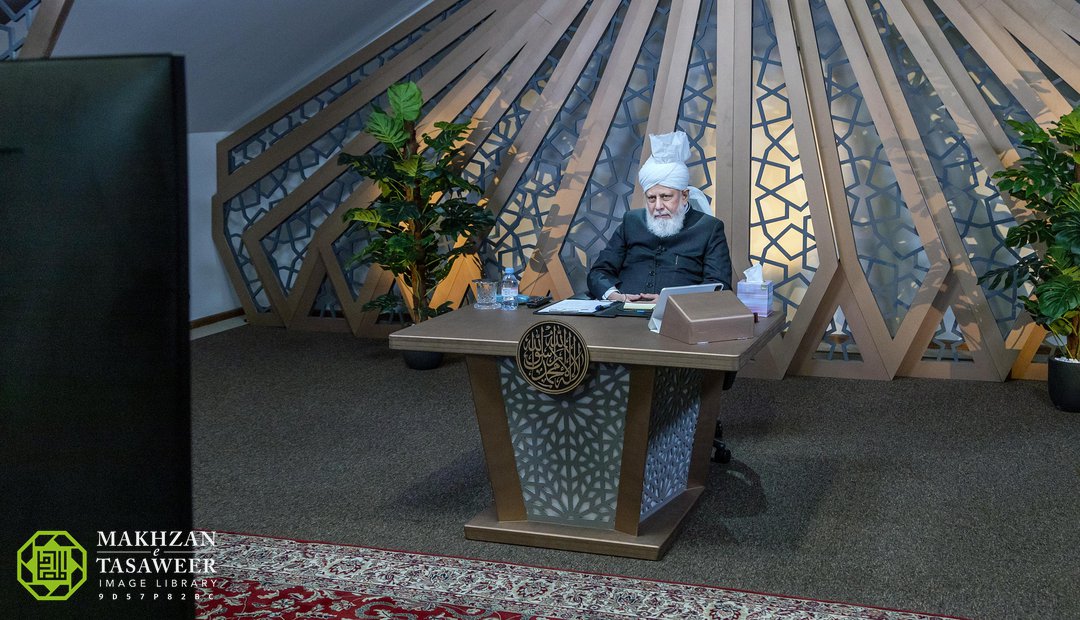 Another questioner asked if it is appropriate to say that the prophecy, “The sun shall rise from the West” has been fulfilled since the Caliphate of the Ahmadiyya Muslim Community has migrated to the West.

“The prophecy is being fulfilled in the sense that the message of true Islam is being spread from the West. Since Khilafat is in the West, you can take it to mean that as a personal interpretation. There is nothing wrong with making that interpretation. However, its true meaning is that through Tabligh, there will come a time when people in the West will accept Islam in large numbers. When they accept Islam, like it occurred during the Roman government when the Roman king accepted Christianity, then the message of Islam will spread rapidly within the world. So it means that where we should pray for this, we should also be making efforts for spreading the message of Islam and to establish our own pious examples so that the people in the West may come to understand and accept the religion. When people living in these nations accept Islam, then the message of Islam will spread rapidly everywhere, in the North, South, East and the West.”

One of the Lajna members asked His Holiness’ advice for those individuals who do not take mental health issues as seriously as they take physical health issues.

“Those who do not take mental health issues seriously are gravely ignorant. Those who develop depression or any other mental health issue, or those children or adults who are diagnosed as autistic, they should be given appropriate help and treatment. We should take care of them. Whatever possible treatment is available, that should be utilised. You should also compassionately care for their feelings and emotions. Those who do not do so are very much ignorant.”

Another attendee asked His Holiness how they can establish a strong connection with Allah the Almighty.

“Observe your daily prayers in a way that you feel enjoyment in your prayers. If you offer your prayers rapidly then you cannot establish a connection with Allah the Almighty. If you go to a friend’s house and you ring their bell and only greet them from outside and leave quickly after greeting them, that friend will wonder what kind of a friend it is who did not even come inside despite the fact that she invited her to come in, have tea and talk and spend time together – but she just greeted from outside and left! How can she be a friend? She cannot be a good friend. Friends who are dear are those who sit together and talk to each other and share their joys and their worries. Similarly, to increase one’s connection with Allah the Almighty, Allah has said to observe the prayers. Worship of God is the purpose of our creation and so we should fulfil that purpose and the best way to do so is to observe the prayers in such a way that you can fervently feel that there is a connection with Allah the Almighty and Allah the Almighty is listening to you.” 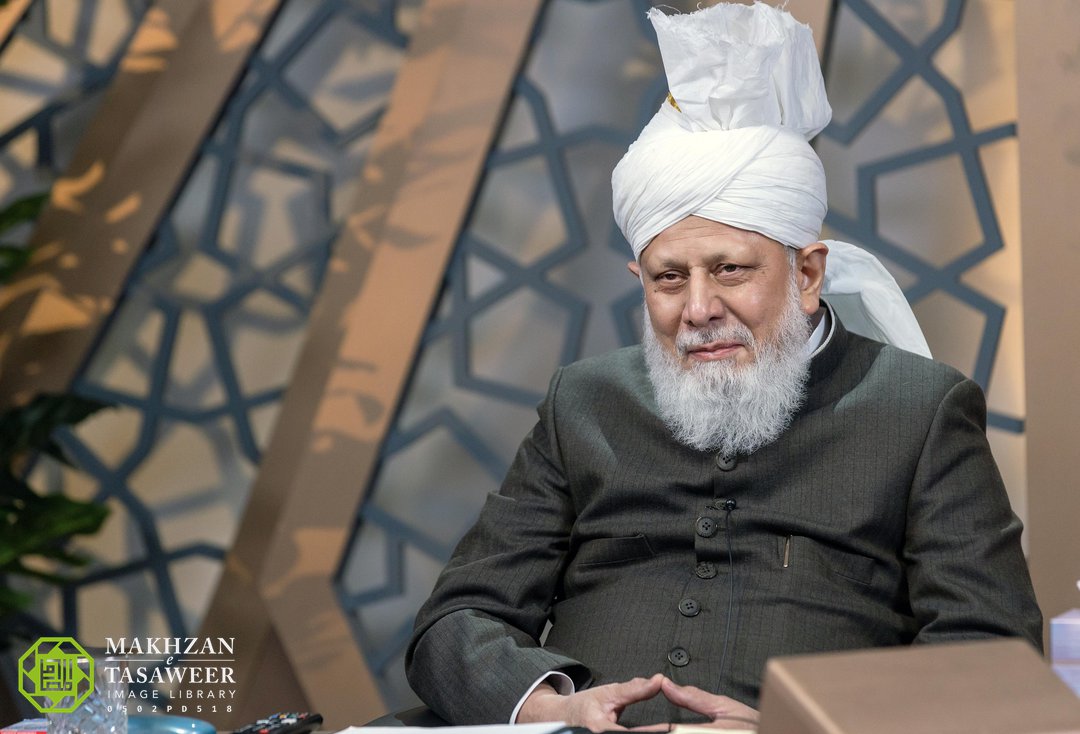