On 12 September 2021, the World Head of the Ahmadiyya Muslim Community, the Fifth Khalifa (Caliph), His Holiness, Hazrat Mirza Masroor Ahmad held a virtual online meeting with members of Nasirat-ul-Ahmadiyya aged between 13 and 15 from Midlands and South-West UK. 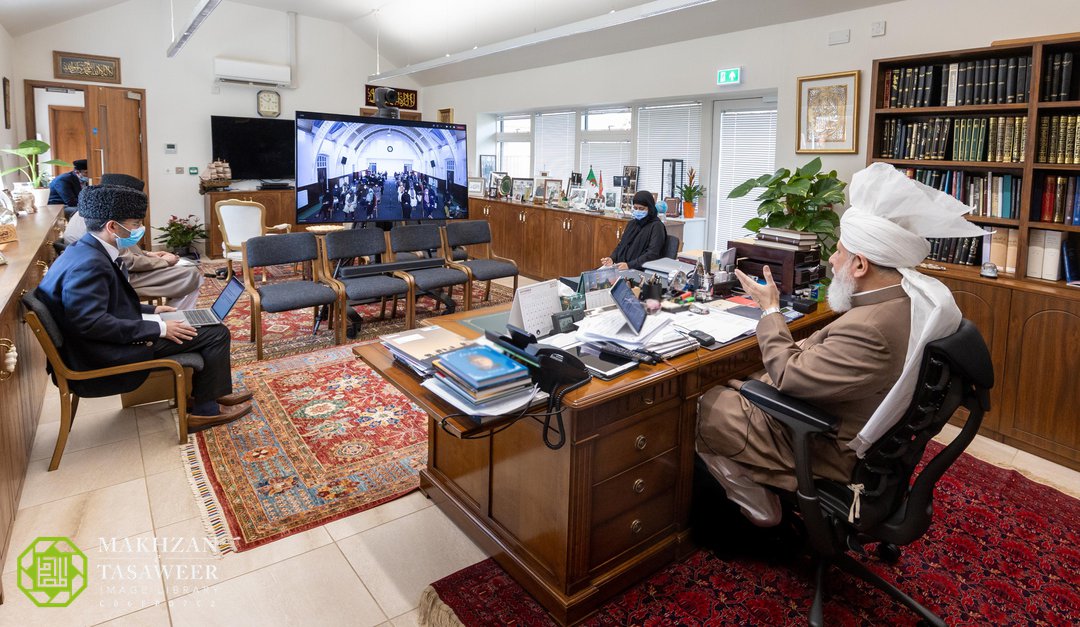 His Holiness presided the virtual meeting from his office in Islamabad, Tilford, whilst members of Nasirat-ul-Ahmadiyya gathered at the Darul Barakaat Mosque in Birmingham.

Another young woman asked His Holiness if he can share a moment where he faced a hardship and how he dealt with it.

“Hardships are part of your life. Why should I mention them? If I say I faced any hardship, that means I did not understand the spirit of my Waqf (life dedication). So I cannot mention. I never faced any hardship. I always saw Allah’s blessings on me.” 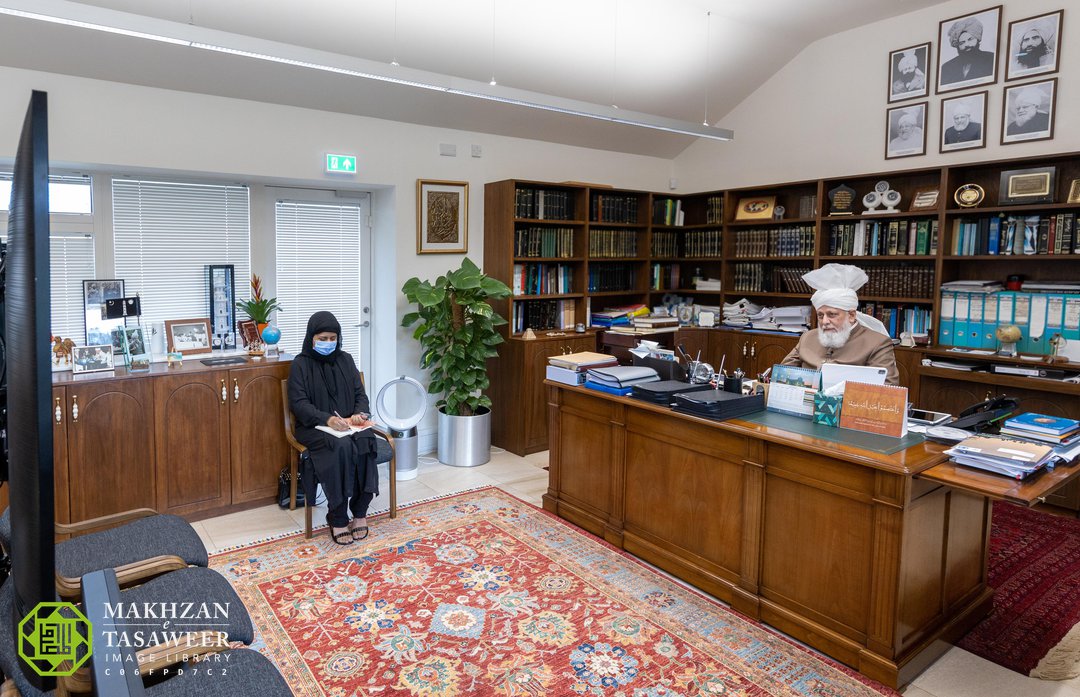 Another attendee mentioned that she had heard that before being elected as the Khalifa, His Holiness was a shy person and did not deliver speeches. She asked how His Holiness manages all his tasks as Khalifatul Masih.

Another member of Nasirat-ul-Ahmadiyya asked His Holiness how important it is for Ahmadi Muslims to fight climate change.

“It is very important. You should try to avoid using cars whilst travelling short distances. Either walk or use a bicycle. Cycling is good for your health as well. Every Ahmadi Muslim should make it a point that he should plant two trees every year. This is how you can fight climate change. If not possible here, then those who travel to other countries, they can plant trees there. So in this way we can help control the climate change.”

Another question related to the incident of Prophet Jonah (peace be upon him), whereby he survived being in the belly of the whale. One attendee asked His Holiness how it was possible, given that many scientists consider it impossible for someone to survive in such conditions.

“He was swallowed but the Holy Quran does not say that he was kept in the fish belly for three days. That is the Bible. As soon as he was swallowed by the fish, the fish brought him out… He did not stay there for a longer period. Even then, the Holy Quran says that when he came out of the fish, he was sick. He was unconscious and he was injured and after some time he became conscious and survived. So the scientists say that because the Bible says that he remained there in the fish belly for three days, so he cannot survive it. That is right. But we do not believe he remained there for three days. As soon as he was swallowed, he was also brought out.”

Another person asked that the standards of expression of speech had changed and that some older people find younger people’s expressions to be offensive. She asked for advice in this regard.

“Freedom of speech does not mean that you start abusing somebody or, as it is said in the West, that because here there is freedom of speech and freedom to express your views so you can print the caricatures and cartoons (e.g. of the Prophets). These are not good morals. They have double standards. When the caricatures of the Holy Prophet (peace and blessings be upon him) were printed they (French political leaders) said there is freedom of speech and expression here so nobody should stop them. But when they printed the cartoon of the French President, then there was a hue and cry. Why? It means they themselves believe these are not good things but for themselves they have different level of morals and for others.” 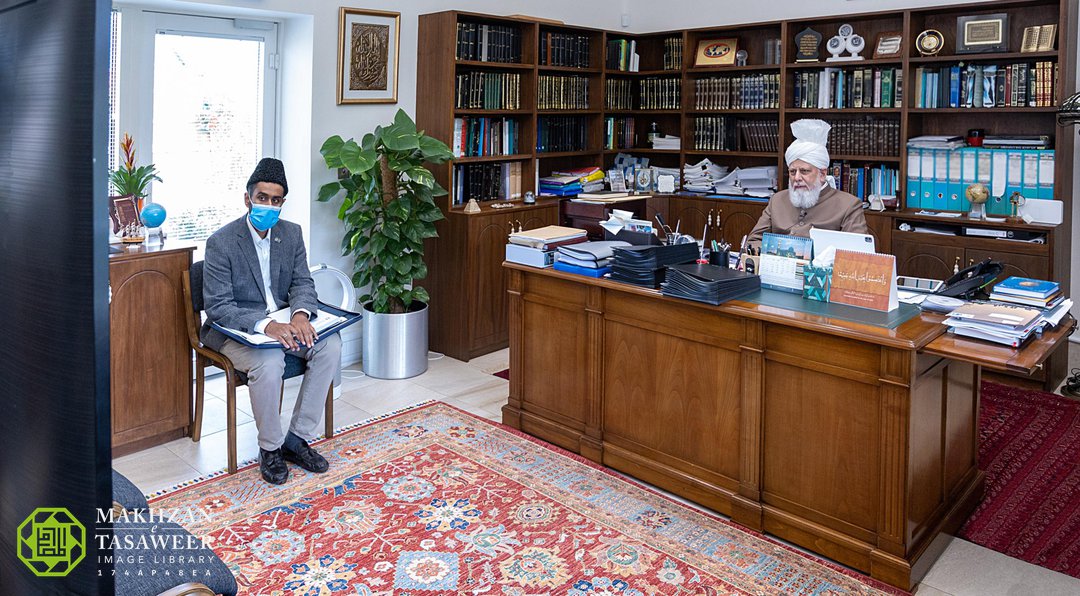