“…I have been constantly telling people of the world – to the politicians and leaders – that they should change themselves and try to establish true and absolute justice in the world and discharge their duties towards their Creator and their fellow beings.” – Hazrat Mirza Masroor Ahmad

On 11 September 2021, the World Head of the Ahmadiyya Muslim Community, the Fifth Khalifa (Caliph), His Holiness, Hazrat Mirza Masroor Ahmad held a virtual online meeting with students from Majlis Khuddamul Ahmadiyya aged between 16 and 19 from North England and Scotland.

His Holiness presided the virtual meeting from his office in Islamabad, Tilford whilst the students attended from the Darul Amaan Mosque in Manchester. 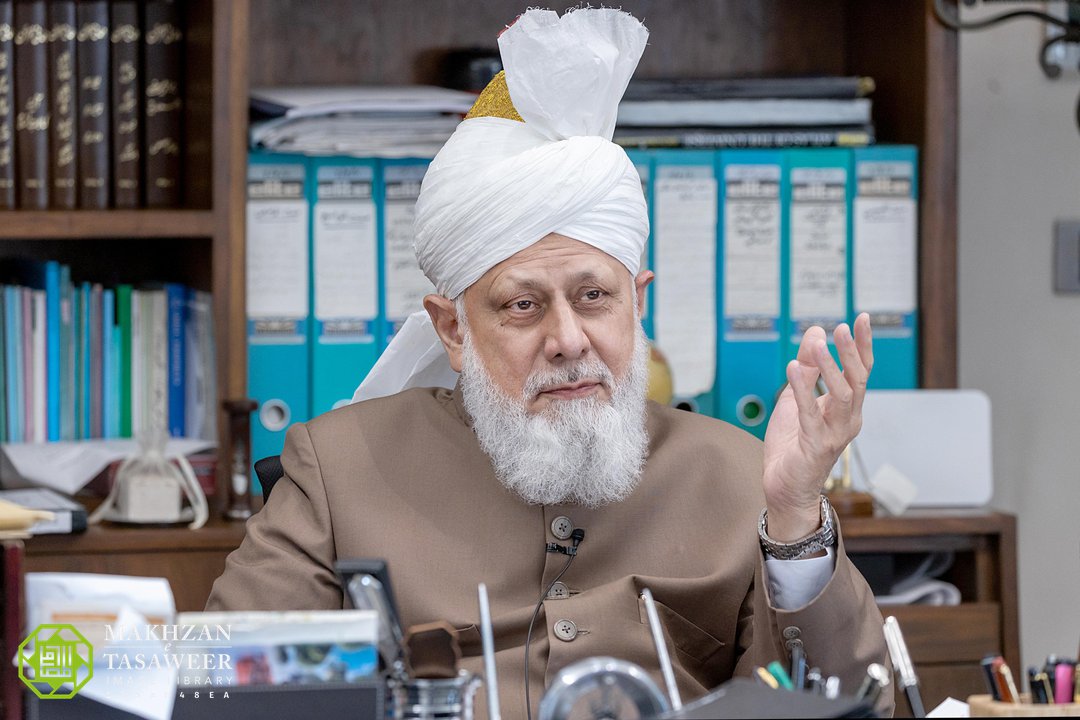 One of the students asked His Holiness about what he did for enjoyment or recreation during his time in Ghana.

“There was no (time for) recreation. Though, every moment I spent there, whether sitting or standing, moving or doing some work, that was all recreation for me and I enjoyed every moment there. As you find things here, you could not see those things at that time there. We did not have television, we did not have even a radio and we did not have light most of the time. So the only thing I enjoyed would be that, after coming home from my work, spending some time with my family and spending some time reading books.”

His Holiness was asked whether the persecution of the Ahmadiyya Muslim Community would continue at that time, in the future, when Ahmadiyyat spreads in Western countries.

“When the Ahmadiyya Muslim Community spreads in the Western countries or in any of the rich countries from whom the Pakistani government or the poor countries are getting help and aid, they will stop doing all those atrocities that they are committing nowadays against Ahmadi Muslims. There was a persecution of Christians till the time the Roman king accepted Christianity and after his acceptance of Christianity, all the persecution and atrocities against Christians stopped. So in the same way, if by that time Muslims in some of the Muslim countries – either in Pakistan or somewhere else – did not accept the Ahmadiyya Muslim Community before the Western countries accept it, then they will have to [stop their persecution].” 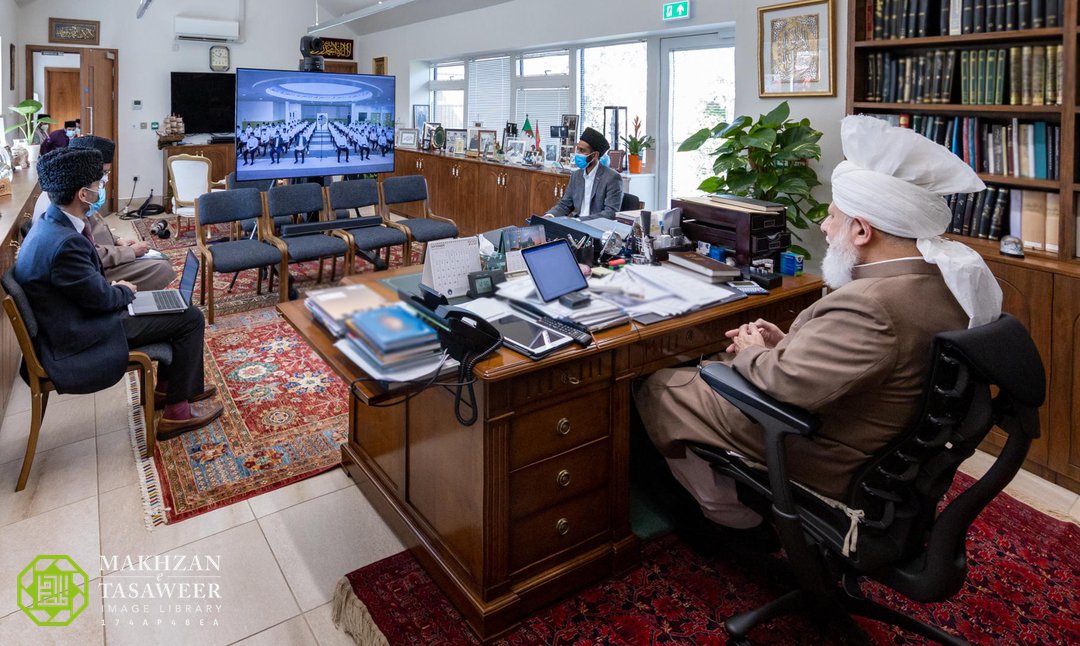 Another young man from Scotland asked His Holiness about his thoughts on whether Scotland will become independent as a nation and also what His Holiness’ favourite place is to visit in Scotland.

“I am not a politician. What I believe is that in this present day world, the safety and security of Scotland, England, Wales or Ireland is in joining together and living together to make one country under one banner, one flag. That will be better.”

Regarding the question related to his favourite place in Scotland, Hazrat Mirza Masroor Ahmad said:

“There is one place in the highlands of Scotland which is Portnellan where I have visited and stayed for some time. I like that place. There is Pitlochry where you have a river and the boat and the Falkirk Wheel. Even beyond that on the highlands, the lakes, there are so many things there. Scotland is quite a beautiful place. Wherever I have visited, the places which I have seen, all of them are very beautiful places.”

Another student asked His Holiness about his analysis of the current state of the world.

“Everywhere you see, there are atrocities, there are cruelties and brutalities that are happening – whether they are being done by the big powers to the poor nations or whether it is within nations or within the Muslim Ummah or within smaller countries. So everywhere there is chaos. We have to let the people of the world understand what are their duties (to God and towards one another). This is the duty of an Ahmadi Muslim and it is a great responsibility on our shoulders. This is why I have been constantly telling people of the world – to the politicians and leaders – that they should change themselves and try to establish true and absolute justice in the world and discharge their duties towards their Creator and their fellow beings. Otherwise, there is no guarantee of what is going to happen and what we can see is a very dark, bleak end of this world.” 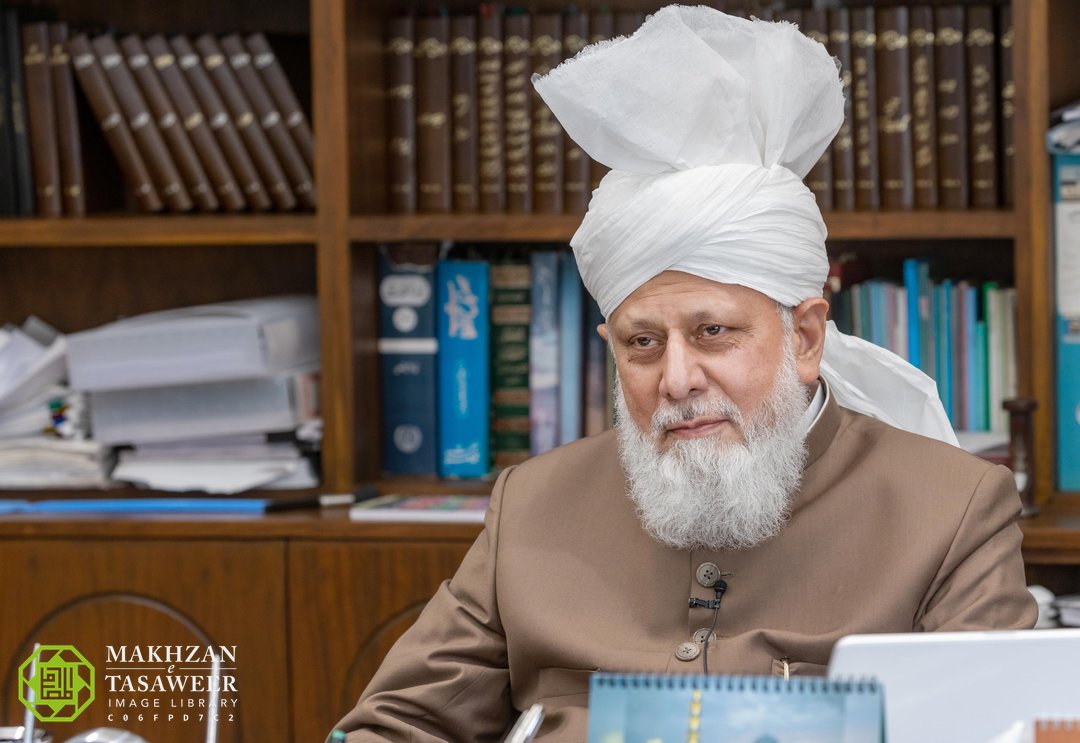