The World Head of the Ahmadiyya Muslim Community, the Fifth Khalifa (Caliph), His Holiness, Hazrat Mirza Masroor Ahmad, delivered the Eid-ul-Adha sermon on 21 July 2021 from the Mubarak Mosque in Islamabad, Tilford.

Across the world, millions of Ahmadi Muslims were able to listen live to the Eid Sermon of their Caliph and to join in with the silent prayer led by their spiritual leader through the global television channel MTA International. 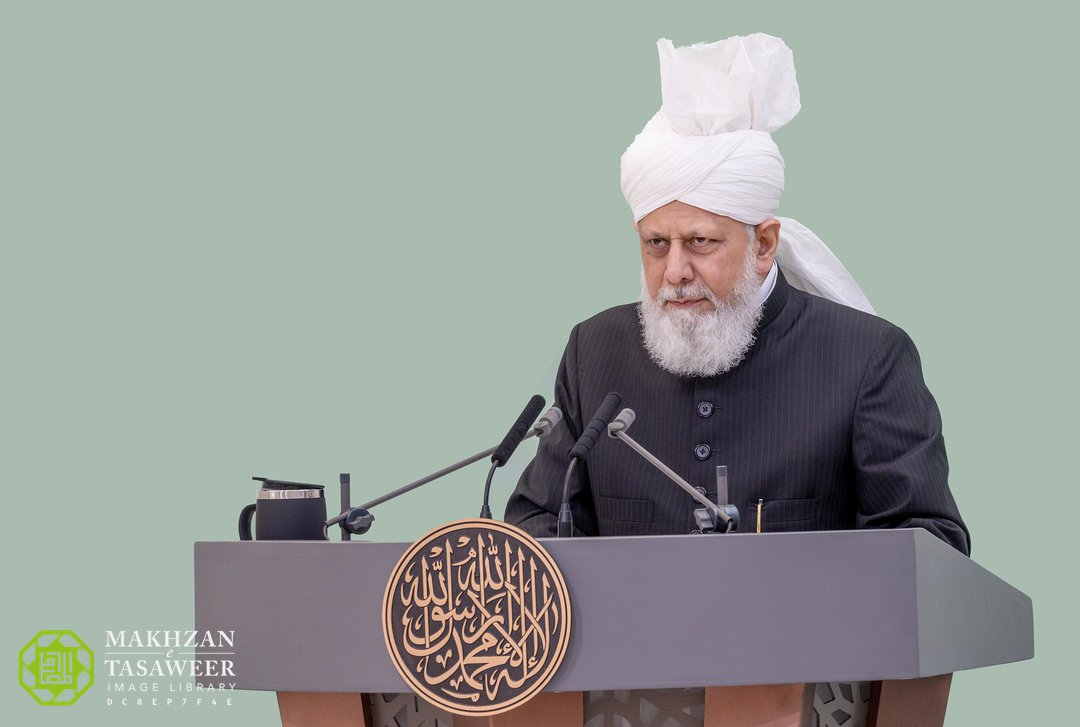 During the sermon, His Holiness spoke at length about the fundamental importance of righteousness in relation to Eid-ul-Adha. His Holiness referred to chapter 22 verse 38 of the Holy Quran which explains that Eid-ul-Adha is intrinsically linked to righteousness, stating that the flesh of sacrificial animals “reaches not Allah, nor does their blood, but it is your righteousness that reaches Him.”

His Holiness said that it was regrettable that many Muslims sacrificed animals on the occasion of Eid merely for the sake of showing off or to boast about their wealth.

Furthermore, recently in Pakistan, people have even taken pride in not permitting Ahmadi Muslims to partake in offering animal sacrifices based on the unjust and erroneous declaration that Ahmadi Muslims are not Muslim and therefore not permitted to act upon the teachings of Islam. 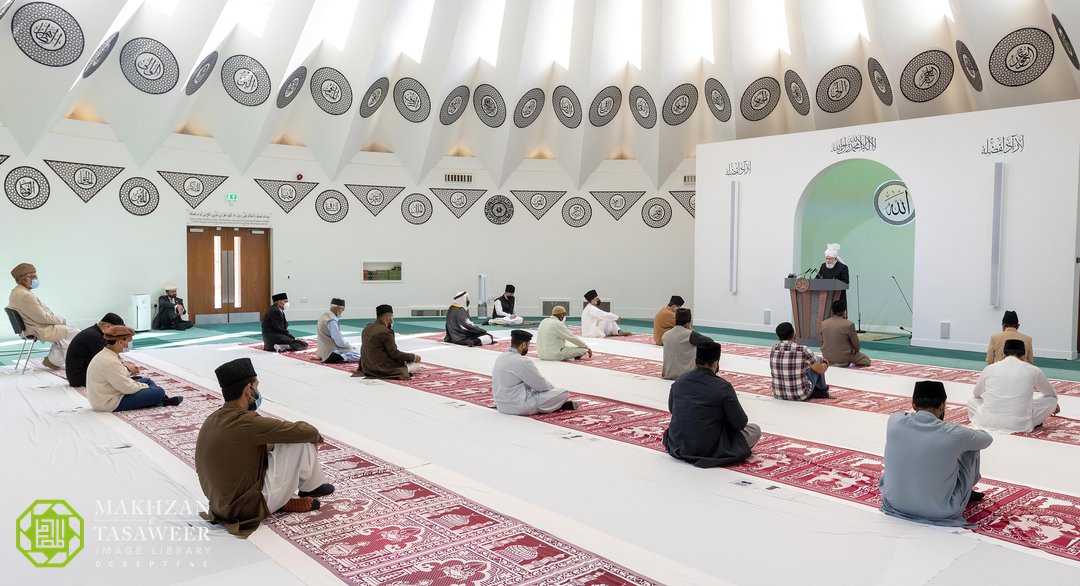 “It is most regrettable that the government officials and departments responsible for establishing law and justice (in Pakistan) are unduly influenced by the so-called religious scholars and so they bar Ahmadi Muslims from slaughtering animals (on Eid) as sacrifice.”

“The history of our Community shows that it is the way of the opponents of the Ahmadiyya Muslim Community that they do all that they can to find ways to cause hardships to Ahmadi Muslims and this is their established practice which is intensifying due to their utter lack of righteousness.”

Speaking of the role Ahmadi Muslims must continue to adopt whilst facing any hardship, Hazrat Mirza Masroor Ahmad said: 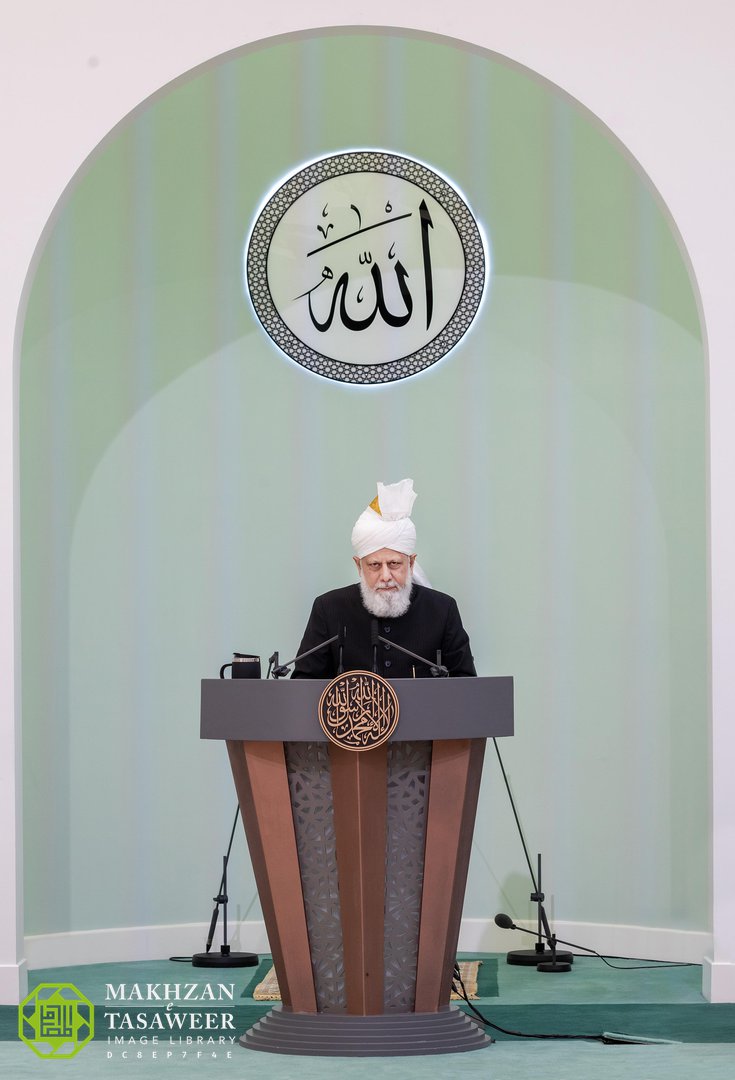 His Holiness narrated several passages from the writings of the Promised Messiah (peace be upon him) regarding the significance of righteousness.

Furthermore, His Holiness quoted passages from the writings of the Promised Messiah (peace be upon him) eloquently praising the most lofty and excellent status of the Holy Prophet Muhammad (peace and blessings be upon him) and how he brought about a phenomenal and revolutionary moral change in the most wretched of peoples in a way that is unparalleled in history.

His Holiness mentioned that it is only through the Promised Messiah (peace be upon him) that a true understanding of the unparalleled status of the Holy Prophet Muhammad (peace and blessings be upon him) can be understood.

Concluding his sermon, His Holiness again highlighted the importance of righteousness and spoke about the persecution Ahmadi Muslims continue to face in Pakistan. 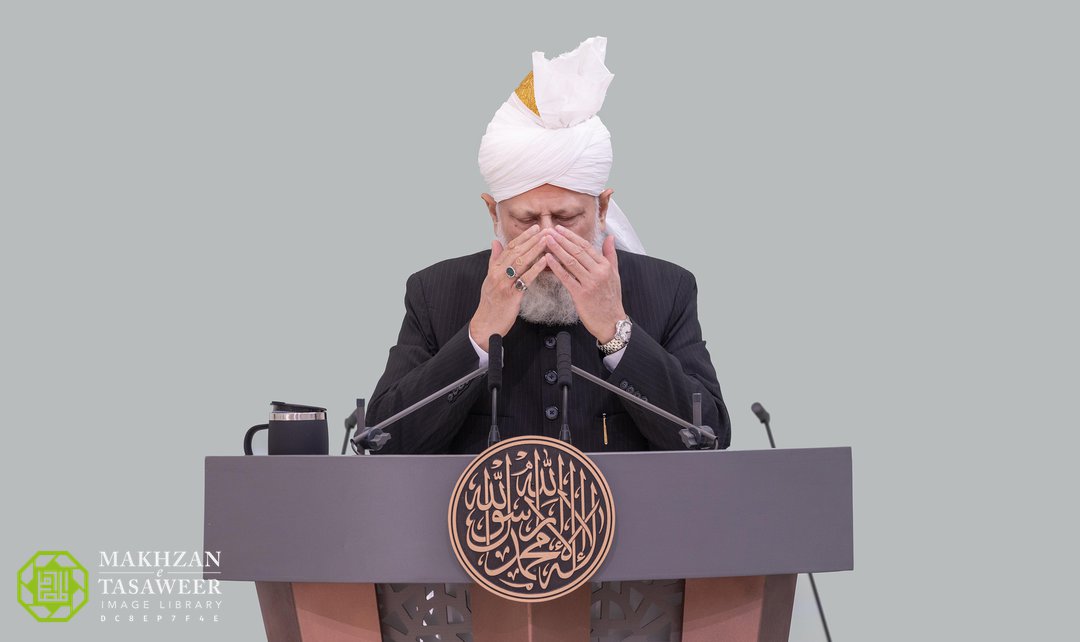 “Today on the occasion of this Eid, in relation to which Allah the Almighty has said that if your actions are devoid of righteousness, they cannot make you the beloved of God, every one of us should pledge to live our lives according to the standard that every act we carry out should be in accordance with the commandments of Allah the Almighty.”

At the end, His Holiness called on Ahmadi Muslims to pray for those Ahmadi Muslims who are suffering and are being imprisoned on account of their faith and said to pray that the world may be saved from severe calamities that await it.

“We should pray for humanity at large that people may recognise Allah the Almighty and be saved from His Wrath. As the world spirals towards destruction, we should pray that may Allah enable mankind to act with sense and wisdom. May the people of the world recognise Allah the Almighty and may they reform themselves, otherwise a large calamity looms ahead. May Allah have mercy.” 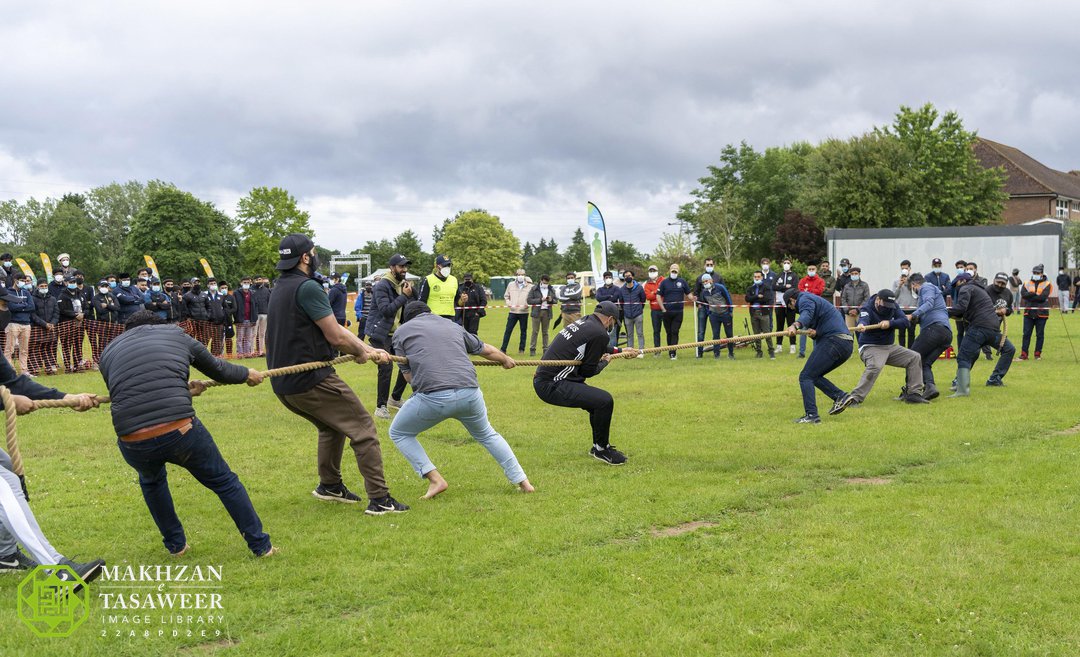 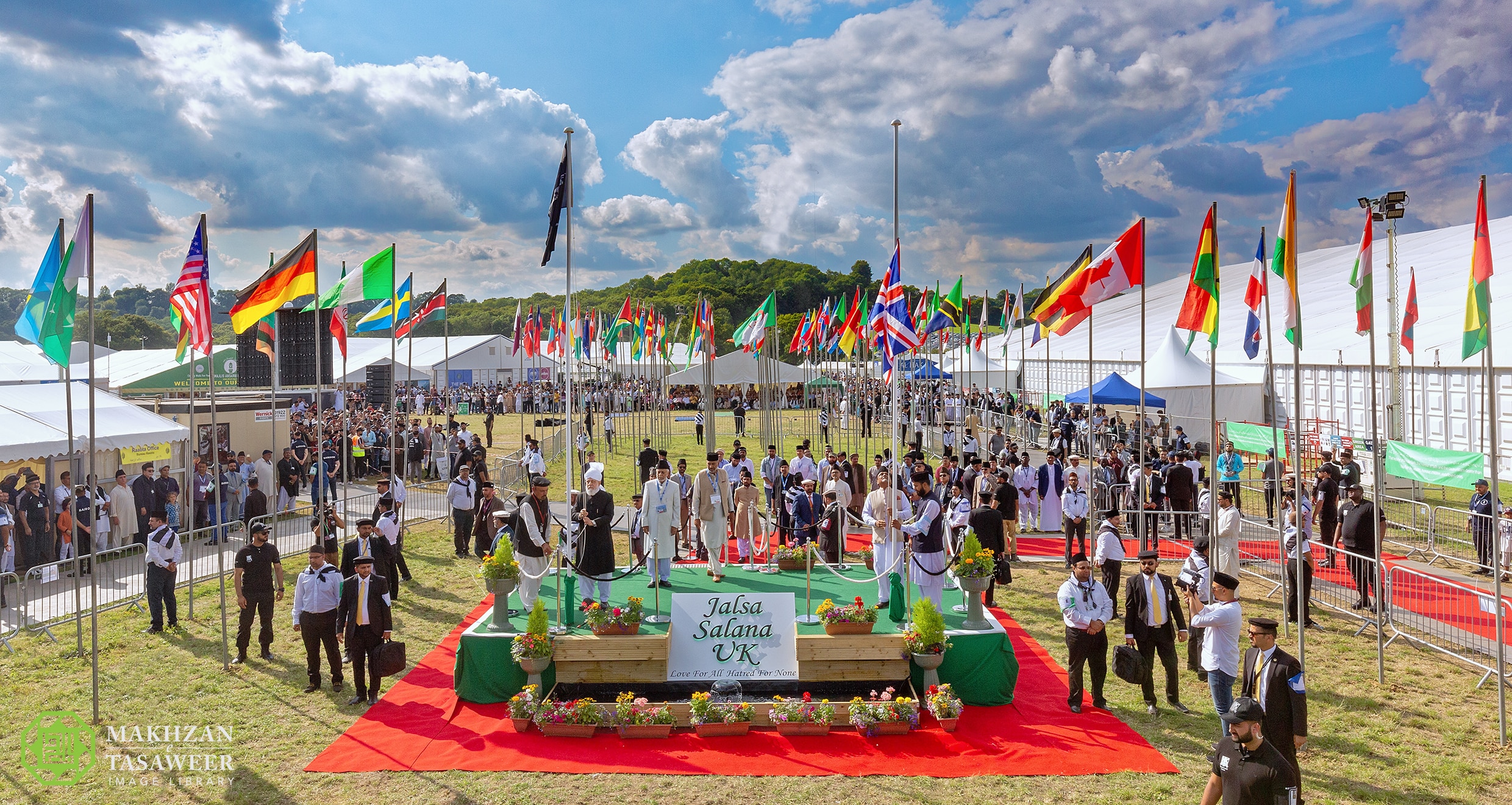