His Holiness gives guidance on a range of contemporary issues affecting young people in society.

On 24 April 2021, the World Head of the Ahmadiyya Muslim Community, the Fifth Khalifa (Caliph), His Holiness, Hazrat Mirza Masroor Ahmad held a virtual online meeting with members of Majlis Atfal-ul-Ahmadiyya aged between 13 and 15 from the southern parts of the United Kingdom.

His Holiness presided the virtual meeting with 135 Atfal from his office in Islamabad, Tilford.

Following a formal session starting with recitation of the Holy Quran, members of Majlis Atfal-ul-Ahmadiyya had the opportunity to ask His Holiness a series of questions regarding their faith and contemporary issues. 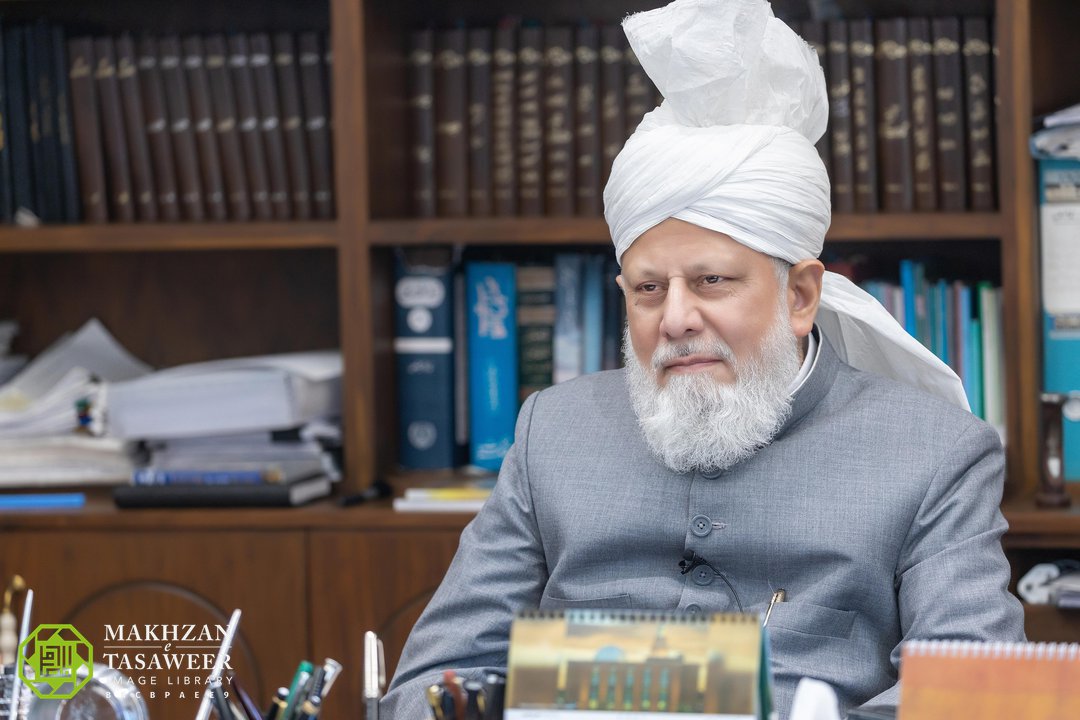 His Holiness was asked how bad habits can be overcome.

“The Promised Messiah (peace be upon him) has given us a very good principle that if you want to leave any bad habits or any sin, you should first try to loathe that sin – hate that sin and make a firm promise to yourself and to Allah the Almighty as well that you will never commit this sin or do this bad thing again. Also pray to Allah the Almighty that He saves you from the sin… So it all depends on your determination and a dislike of that bad habit and sin.”

One of the Atfal asked what books His Holiness would recommend that young people should read first of the Promised Messiah (peace be upon him). 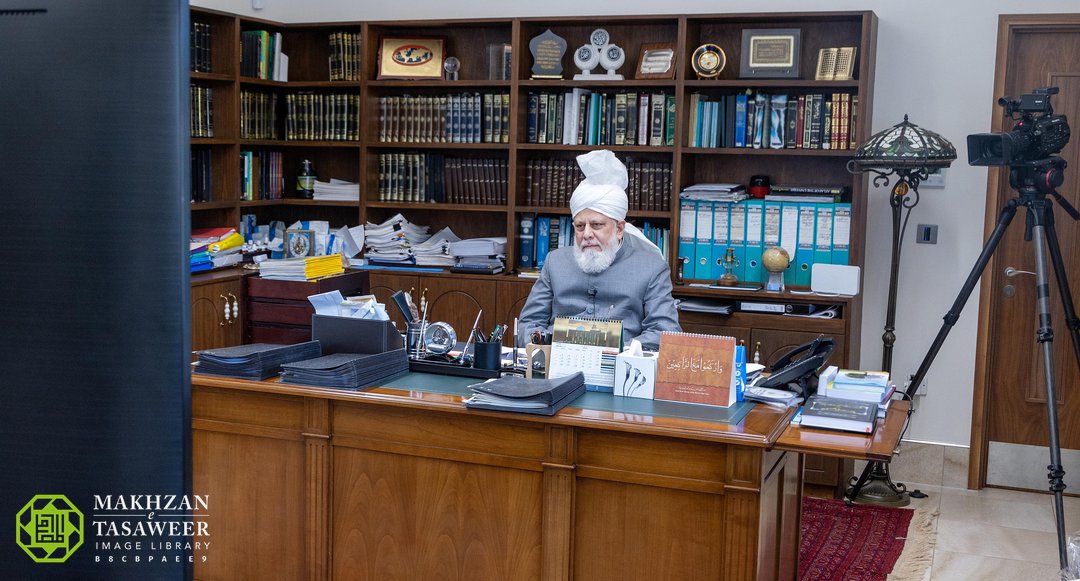 His Holiness also referred to the compilation of passages from the writings of the Promised Messiah (peace be upon him) published in five volumes known as ‘The Essence of Islam’ which contains selected excerpts on various topics from which young people can select passages they wish to read to develop an interest.

One of the attendees asked if he could lead the prayers at home despite being younger than other family members. His Holiness said he certainly could if he had the religious knowledge and he could even lead the Taraveeh prayers (night prayers offered during the month of Ramadhan) in the Mosque if he had memorised enough portions of the Holy Quran.

One of the Atfal asked what happens in Laylatul Qadr (the Night of Decree as mentioned in the Holy Quran chapter 97).

“The Holy Prophet Muhammad (peace and blessings be upon him) said that during the last ten days of Ramadan, there is one special night in which Allah the Almighty accepts all of the prayers made by a person. At the same time, to benefit [from Laylatul Qadr] you have to be a true believer. It is not that an atheist comes to the Mosque or a person who has never offered prayer before and only on the night of Laylatul Qadr he goes into prostration and says, ‘Allah the Almighty, accept my prayer.’ No. If you are a true believer and are following all the commandments of Allah the Almighty, offering five daily prayers regularly, reading the Holy Quran, practicing the teachings of Islam, then you can benefit from that night.” 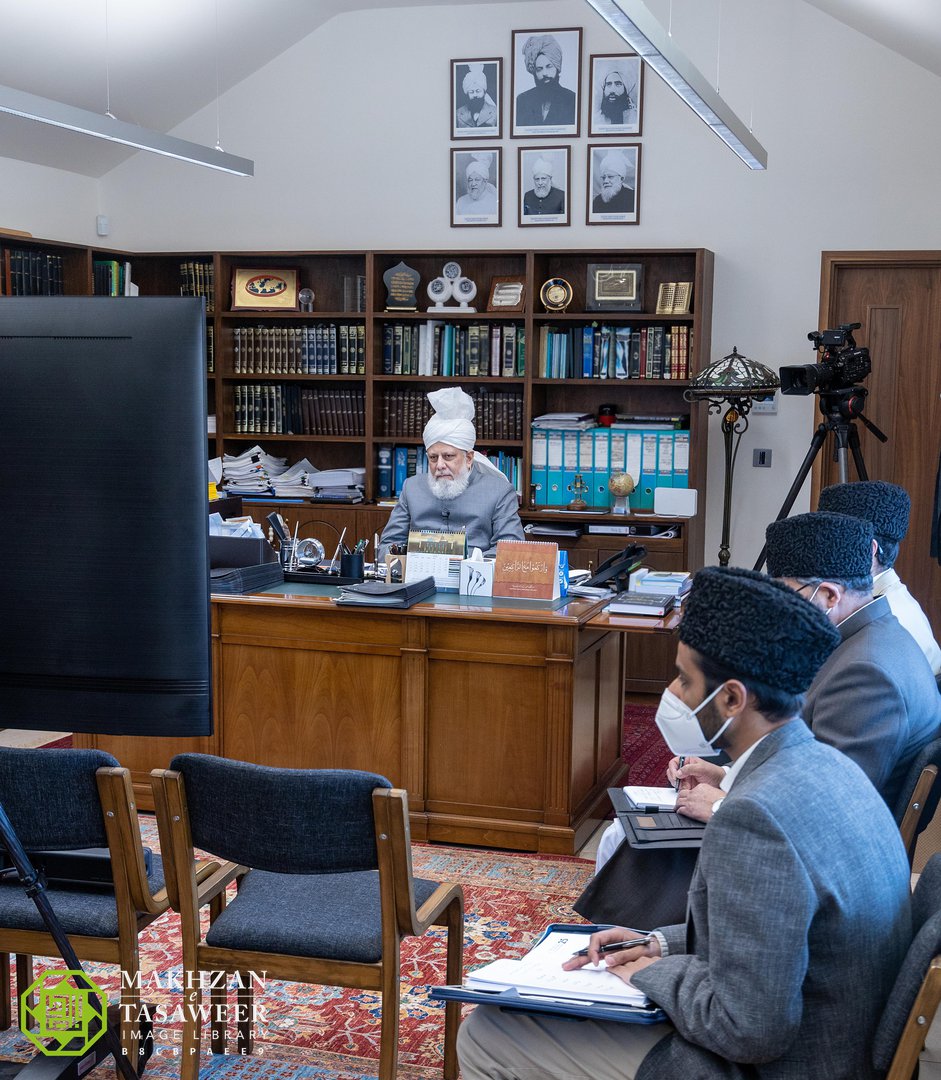 “The Holy Prophet of Islam (peace and blessings be upon him) said that we should try to find that night [of Laylatul Qadr] during the last 10 nights of Ramadan in the odd nights; that is, the 21st, 23rd, 25th, 27th and 29th. He did not precisely mention which night.”

His Holiness was also asked about his own experience and how he memorised parts of the Holy Quran.

His Holiness explained that in his childhood he studied at a school of the Ahmadiyya Muslim Community in Rabwah where special religious education lessons took place in which learning portions of the Holy Quran was part of the curriculum.

“As Atfal, you should at least try to memorise the last twenty or thirty chapters of the Holy Quran. This is how you will develop interest. Also Atfal at the age of thirteen and above and Khuddamul Ahmadiyya as well, should also try to memorise the first seventeen verses of the chapter Al Baqarah and also try to know the meanings of these verses. It is very important to know the meaning of the verses. This is how you can increase your faith and you can save yourselves from the harmful effects of the environment and bad people.”

One of the Atfal asked His Holiness to narrate memories from his time in Pakistan.

“In Pakistan, I used to live in Rabwah, which is a city where the majority of people living there are Ahmadi Muslims. When we were Atfal, we used to say “Sallai ala” [invoking salutations upon the Holy Prophet Muhammad (peace and blessings be upon him)] before Fajr prayer [morning prayer]. Each and every area where there was an Atfal structure, they would call “Sallai ala” before Fajr prayer.”

One of the questioners asked about sins and if all sins can be forgiven.

In response, His Holiness narrated two stories illustrating the vast Mercy of God Almighty and how the final judgment of every person lies with Allah. 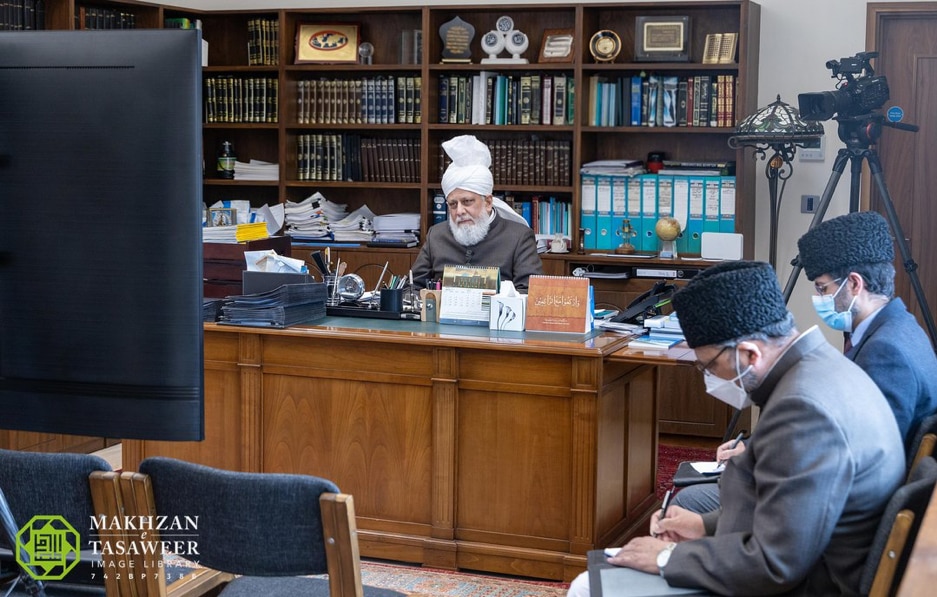 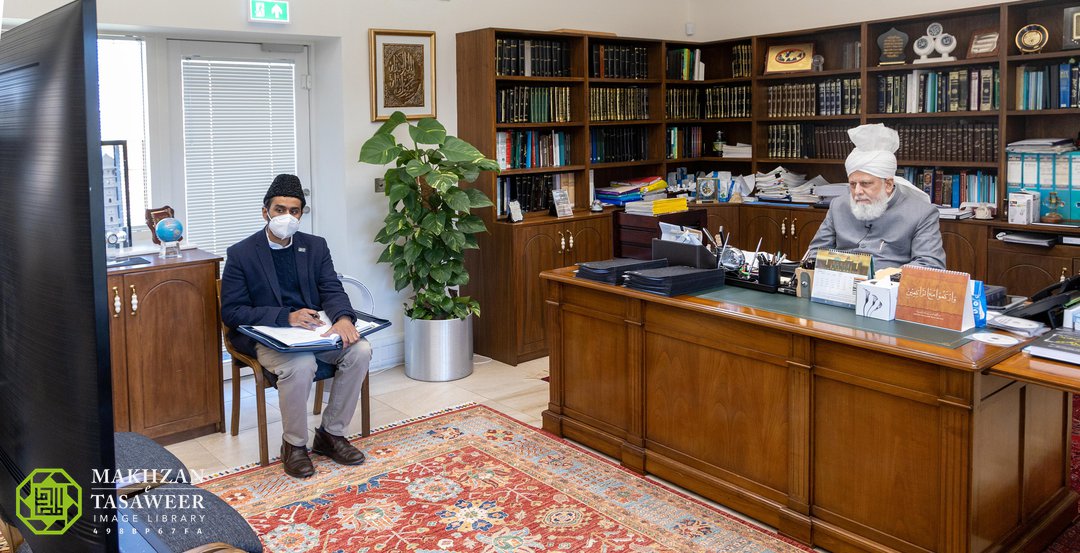