His Holiness presided the meeting from his office in Islamabad, Tilford, whilst the Amila members joined from the Ar-Rahmat Hall at the Al-Hidayah Mosque complex in Jakarta.

During the 75-minute meeting, the National Amila members were able to present a report about their respective departments and to receive the guidance and instructions of His Holiness on a range of issues.

During the meeting His Holiness emphasised the importance of having regular general meetings with the Khuddam to build a strong bond of brotherhood between them.

His Holiness emphasised the importance of Tabligh [outreach] work and said Amila members should lead by example and carry out Tabligh and they should be allocated targets by the Tabligh department.

His Holiness also said Khuddam should be encouraged to regularly recite the Holy Quran, especially during the month of Ramadan. 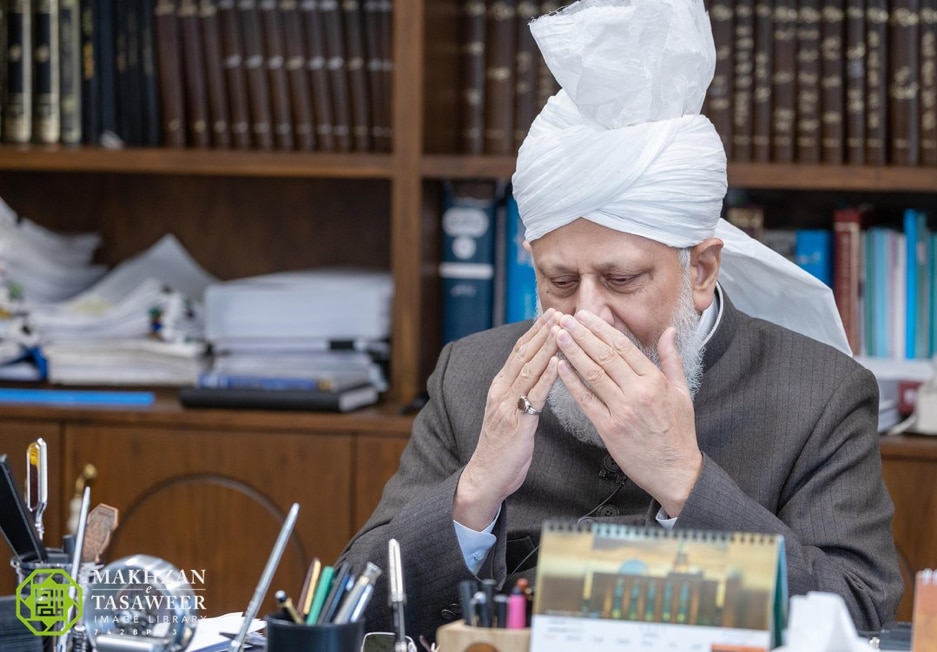 Emphasising the need for the members of Majlis Khuddamul Ahmadiyya to write articles that get published externally, Hazrat Mirza Masroor Ahmad said:

“Ask your members to write articles for other secular newspapers and magazines regarding Islamic teachings or any scientific article or any research paper. In this way you will be able to introduce the Ahmadiyya Muslim Community to others.”

“You should try to increase the number of blood donors in different parts of the country… Help the poor people in your country without any discrimination of their religion and sect. Even try to extend your (humanitarian) help outside of Indonesia to some African countries as well.”

“There should be a Khuddamul Ahmadiyya Magazine either in printed form or online… At least four issues in a year should be published and it should reach each and every member so that they will know what is Majlis Khuddamul Ahmadiyya and what are their responsibilities and what are their duties. It should increase their knowledge… So try to introduce and start a magazine. And name that magazine as ‘Tariq’.”

His Holiness also encouraged the secretary responsible for Student Affairs to encourage more students to pursue medicine as there was a pressing need for doctors in hospitals established by the Ahmadiyya Muslim Community. 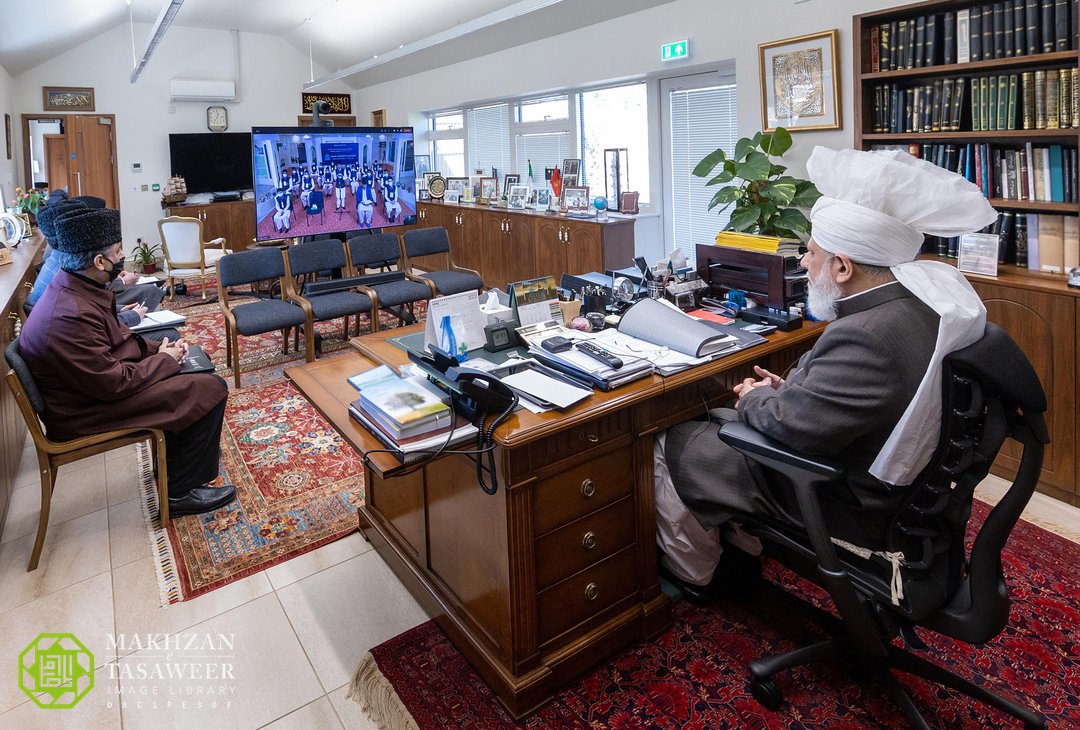 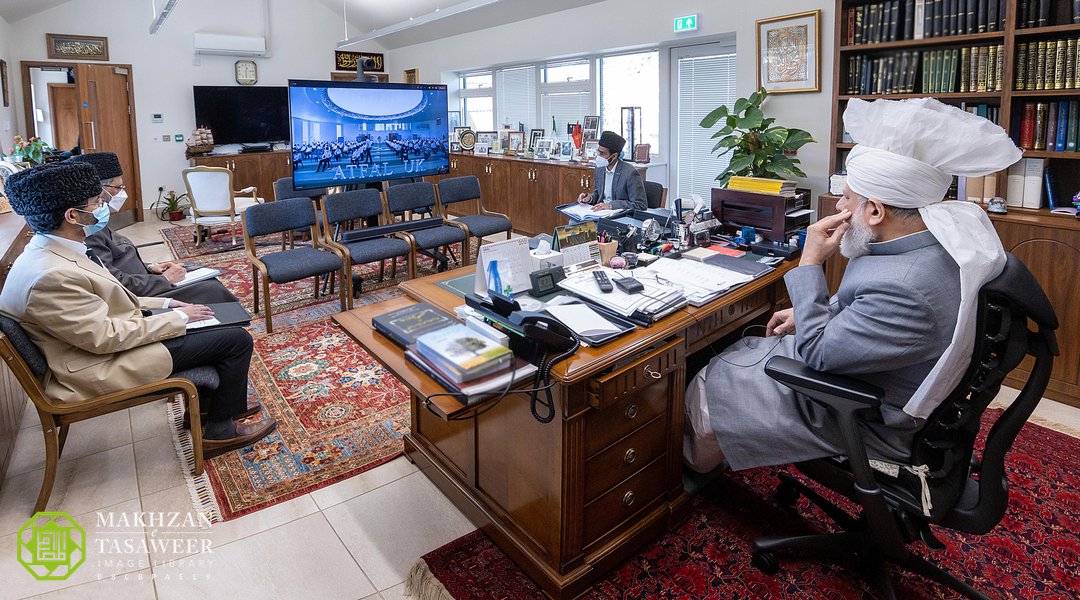