His Holiness presided the meeting from his office in Islamabad, Tilford, whilst the MTA Ghana Studios team joined from the Wahab Adam MTA Studios at Bustan-e-Ahmad in Accra.

During the sixty-five minute meeting, all present had the opportunity to speak to His Holiness regarding their roles and responsibilities and seek his guidance.

His Holiness gave wide ranging instructions to the MTA Ghana team and instructed that the number of live and interactive programmes being produced should increase and also that the production of programmes such as Real Talk should not be suspended altogether during the pandemic. Rather, they should continue to be produced in a Covid-secure way and in line with Government guidelines.

His Holiness also advised that MTA Ghana should produce short ‘filler’ programmes in a range of African languages for regular broadcast, based on quotes from the Promised Messiah (peace be upon him) and the Caliphs of the Ahmadiyya Muslim Community and from the speeches of His Holiness.

“The Germany MTA Studio is making quite good children’s programmes. Similarly, MTA Ghana Studios should also try to make programmes for children either on that pattern or any other pattern which you deem appropriate for your circumstances and the condition and psyche of the people of Africa. Some programmes should be made which give knowledge to the children about their religion, whilst others can cover contemporary issues. Nowadays, because of the internet and media, children are exposed to a lot more and become very much aware of so many things at a very young age. So, you should guide them according our teaching and traditions.” 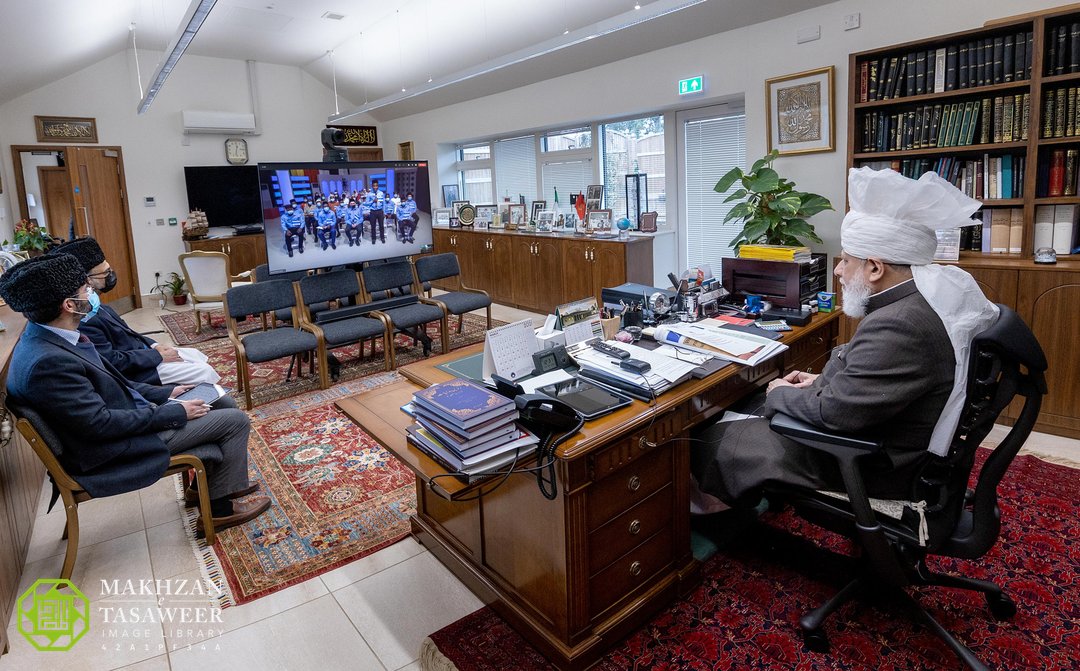 “Masha’Allah, the MTA Ghana Studios is doing very well but I want for it to be the best studio and channel in Ghana in particular and in Africa in general.”

During the meeting it was mentioned that many people amongst the general public were regularly viewing MTA Ghana.

In response, His Holiness underscored the need for accurate data to ascertain the true extent of public engagement with MTA Ghana.

His Holiness was asked how to bring the youth away from other channels which are focused on entertainment.

“Nowadays, people are becoming materialist.  So obviously, they will go to other channels where they can see music and dancing etc, which we cannot broadcast on MTA. Hence, we should produce and present some good and interesting programmes so that people are attracted. You should do some research in this regard. Make a questionnaire and distribute it into different areas, in different cities and amongst people of different backgrounds so that you would know that what people want from religious or contemporary-issues programmes.” 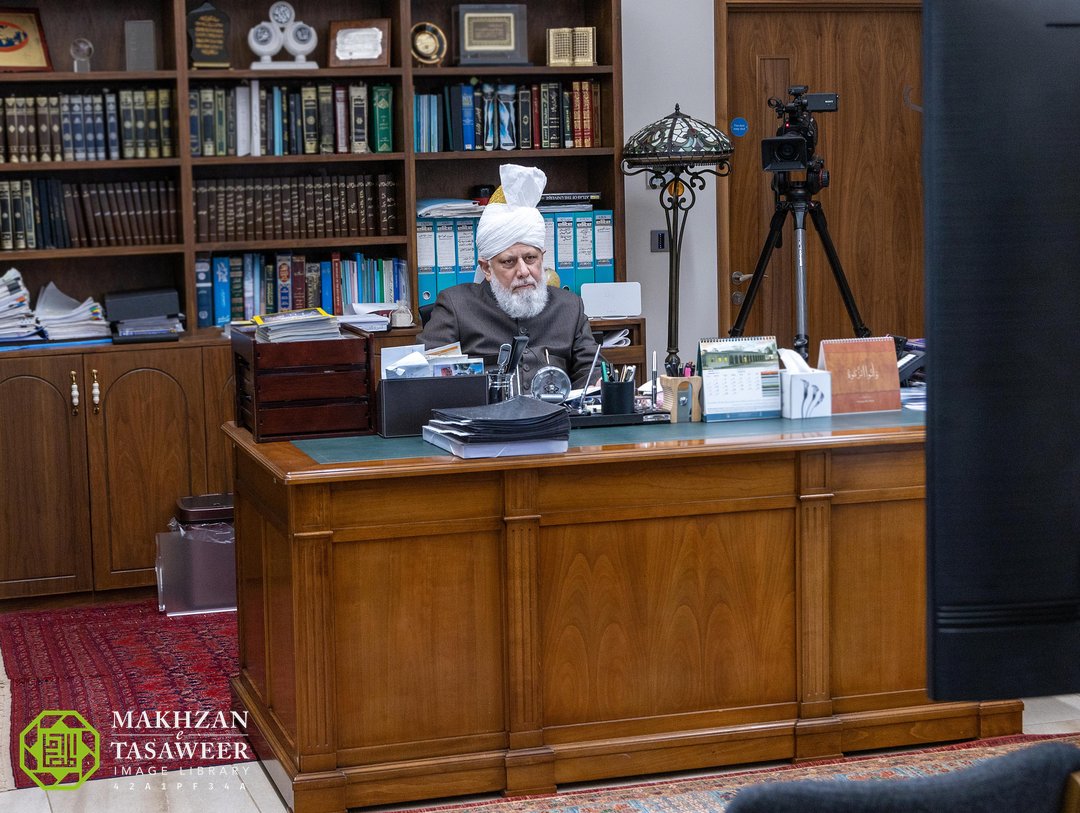 At the end of the meeting, those volunteers and workers who were serving ‘behind the scenes’ during the meeting were also granted the opportunity to meet with His Holiness virtually and to seek his prayers.

X
Missionaries Serving in Ghana have Honour of Virtual Meeting with World Head of Ahmadiyya Muslim Com…Press Releases“The more you love the people, the closer they will become to you” – Hazrat Mirza Masroor Ahmad On 14 March 2021, Missionaries serving the Ahmadiyya M…

X
Members of Nasirat-Ul-Ahmadiyya Australia Have Honour of a Virtual Meeting With …Press ReleasesHis Holiness gives guidance on a range of contemporary issues affecting young people in society On 21 March 2021, the World Head of the Ahmadiyya Musl…