“The more you love the people, the closer they will become to you” – Hazrat Mirza Masroor Ahmad

His Holiness presided the meeting from his office in Islamabad, Tilford, whilst the Missionaries joined from the Wahab Adam MTA Studios at Bustan-e-Ahmad in Accra.

During the seventy-minute meeting, all present had the opportunity to personally speak to His Holiness and to seek his prayers and guidance. 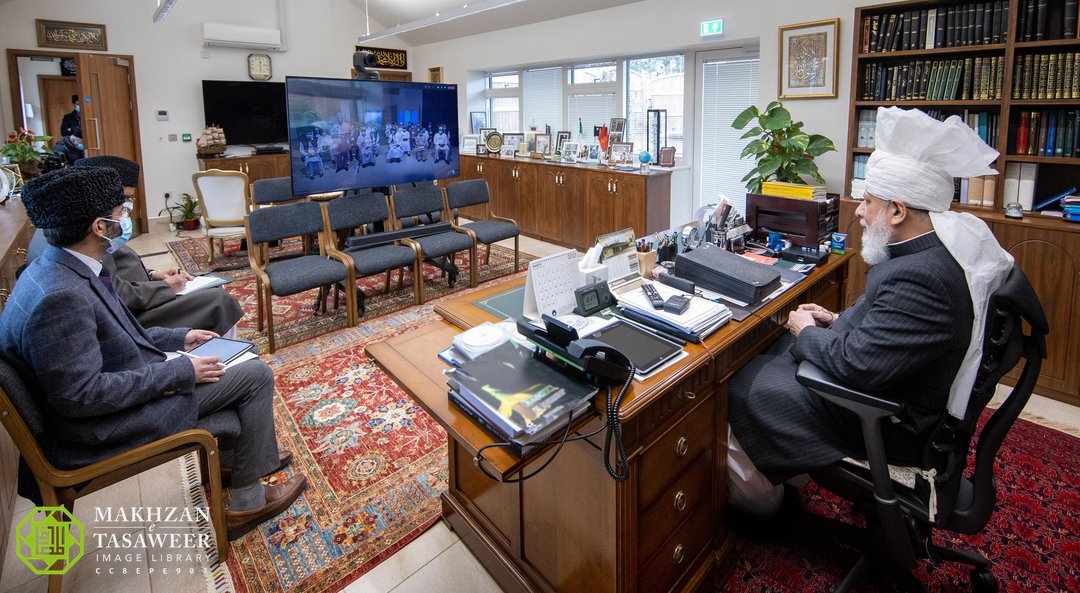 Throughout the meeting His Holiness mentioned the importance of setting targets with regards to Tarbiyyat – the moral training of Ahmadi Muslims – and Tabligh – peacefully spreading the message of the Ahmadiyya Muslim Community to others. 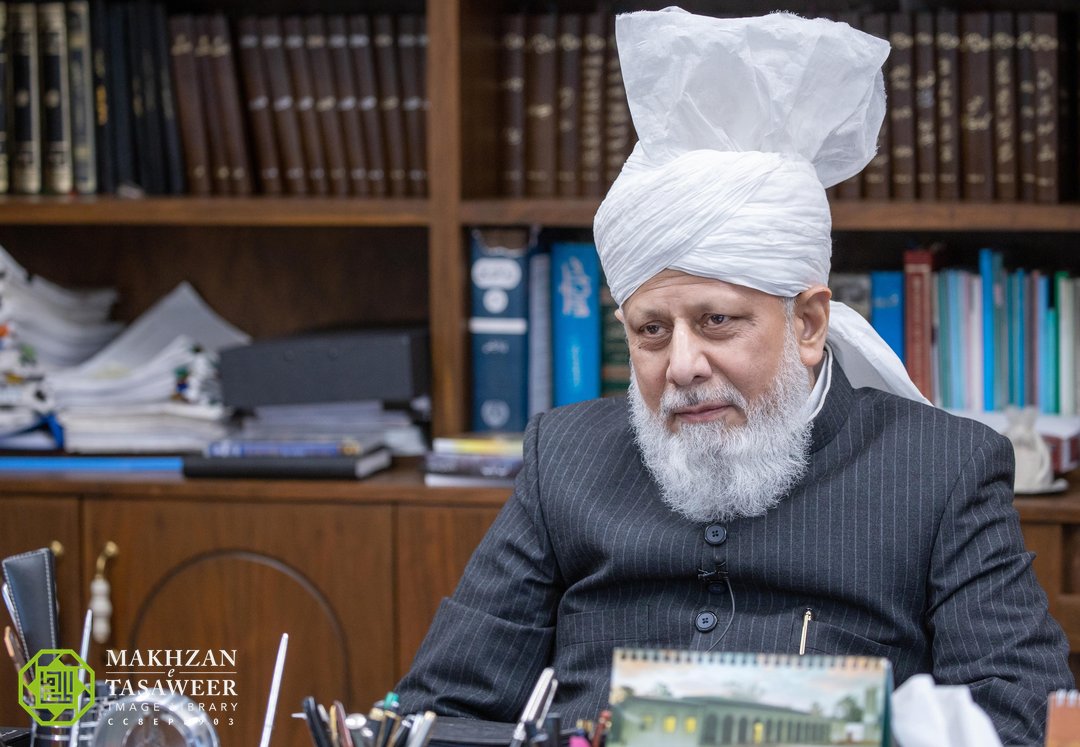 His Holiness said that in order for a person to declare that they are making a real effort to attain an objective, it requires true dedication.

“To truly ‘make an effort’ requires that the people serving should all be praying and fervently weeping before God Almighty during their Tahajjad [night-prayers] and then they should spend their days working hard, taking literature onto the streets and preaching to the people. Then we can say that there is an effort, otherwise it is just words.”

His Holiness said that whilst the targets set forth by each Missionary should be measurable and realistic, it should also be ambitious and demand extensive effort in order for it to be achieved.

“A person makes true effort only when he knows he will have an exam and need to pass a test. Only when a person knows that he must cover a certain syllabus and attain a certain mark in order to attain a position does he strive hard to attain that objective. If there is no target, there will be no effort.”

His Holiness highlighted the importance of becoming closer to the local people of the areas where the missionaries were serving. 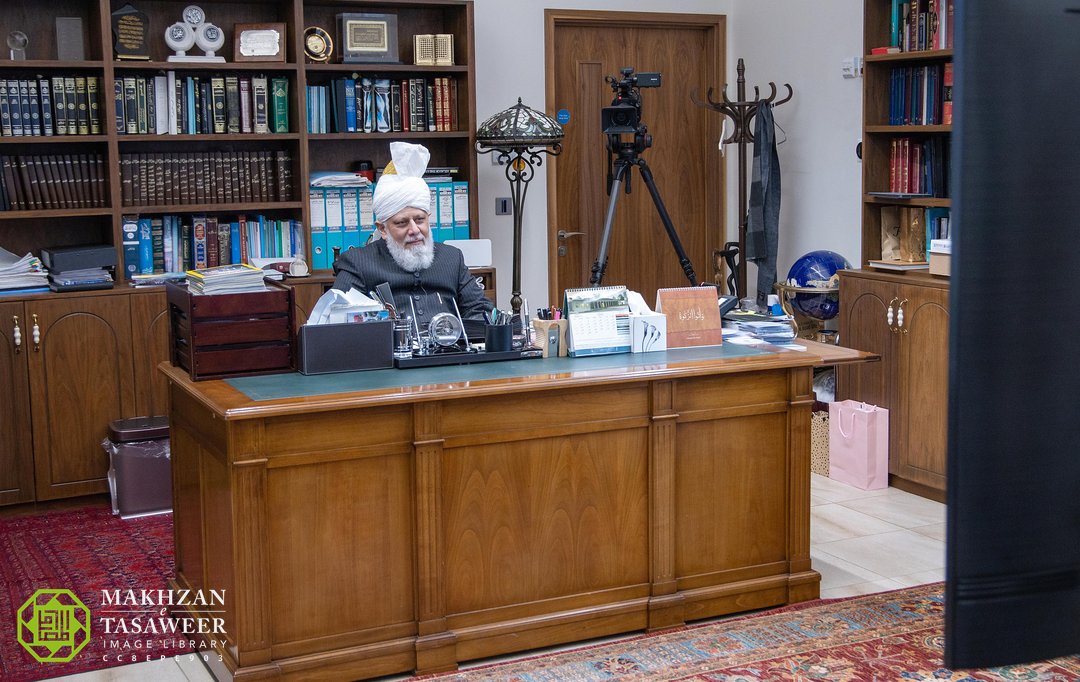 “The more you love the local people, the closer they will become to you. If you stay in contact with them, they will greatly appreciate it. If you do not visit them for six months or a year, they will not be attached to you and will move away. You should sit down with Ahmadi Muslims living in the villages in your region and have food with them.”

Giving further instructions about the importance of prayer, His Holiness said that every missionary should offer two Nawafil [voluntary prayers] at night for Tabligh and two Nawafil for Tarbiyyat.

“Many people are now watching MTA both from amongst Ahmadi Muslims and from amongst others according to the reports I am receiving. So, a strong plan needs to be made for both Tarbiyyat and Tabligh. Now is the time for you to bring about a spiritual revolution in your nation. The number of Ghanaian missionaries is quite large now and so you should have ambitious targets and plans set in place. There was a time when there was one national Missionary but now there are many [in the country].”

Near the end of the meeting, His Holiness advised the Missionaries to strive earnestly and to pray diligently in order to achieve their objectives.

“All Ahmadi Muslim Missionaries should particularly pay attention towards the daily prayers and the voluntary prayers and should read the Holy Quran and ponder over its meanings and pay special attention towards this. Similarly, as I have said, the Missionaries should very much focus on the Tarbiyyat of the Ahmadiyya Muslim Community and set a specific Tabligh target. And they should offer special voluntary prayers for both Tabligh and Tarbiyyat… May Allah give you the ability to do so and may Allah the Almighty soon create the means for spreading the Ahmadiyya Muslim Community in all parts of the country and may Allah grant our Community great success and prosperity.” 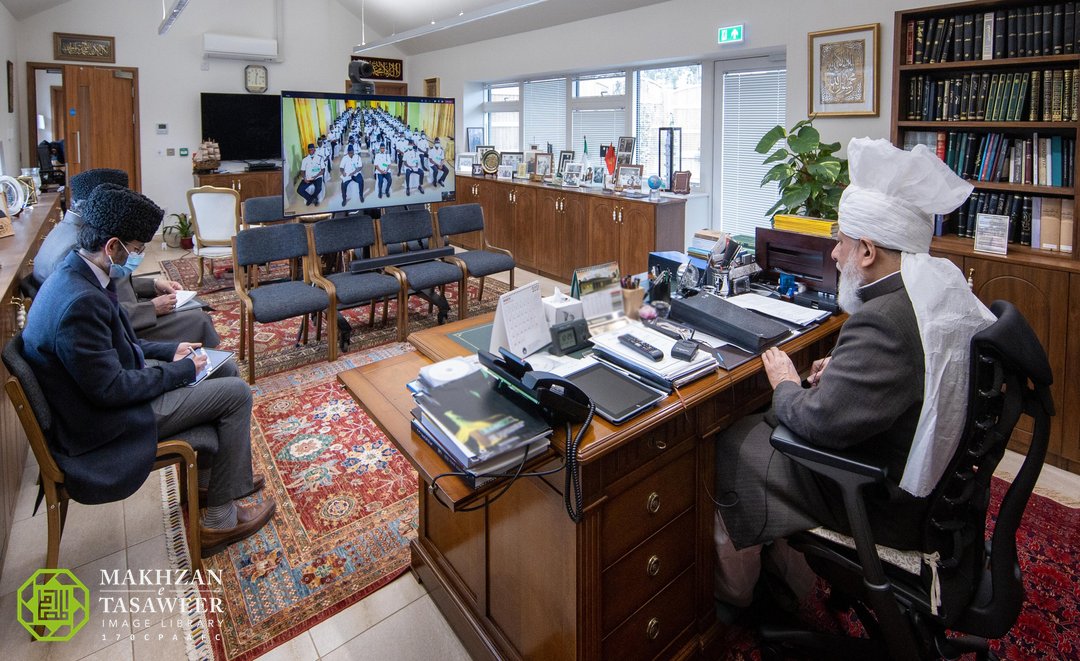 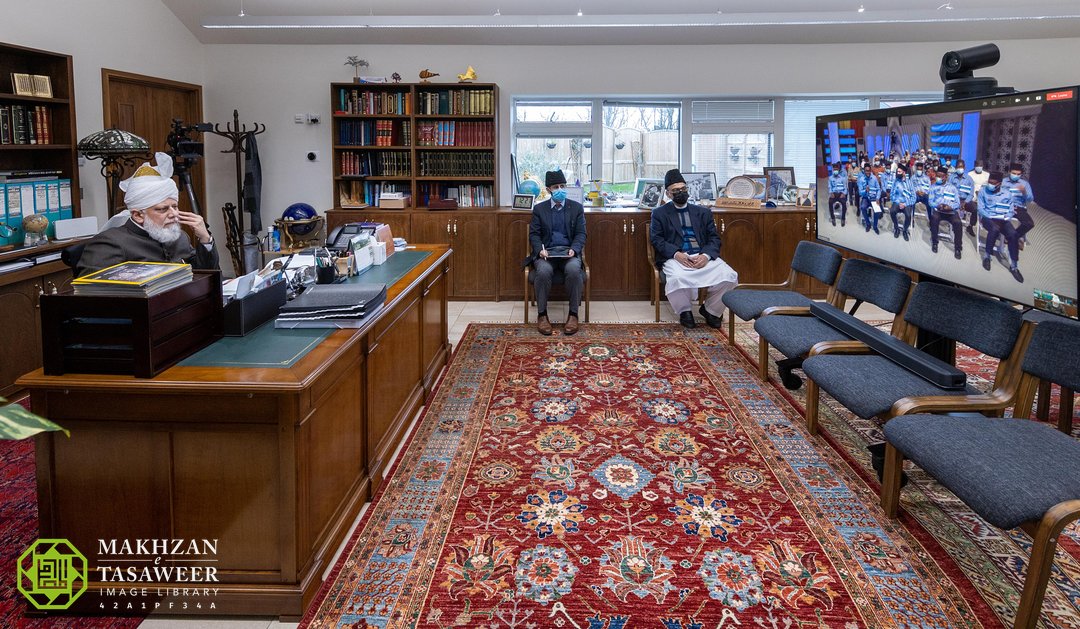