His Holiness presided the meeting from his office in Islamabad, Tilford, whilst the Amila representatives were gathered at the Baitul Mujeeb Mosque complex in Brussels (Uccle).

During the meeting, the National Amila representatives were able to present a report of their respective departmental activities and proposed future plans. 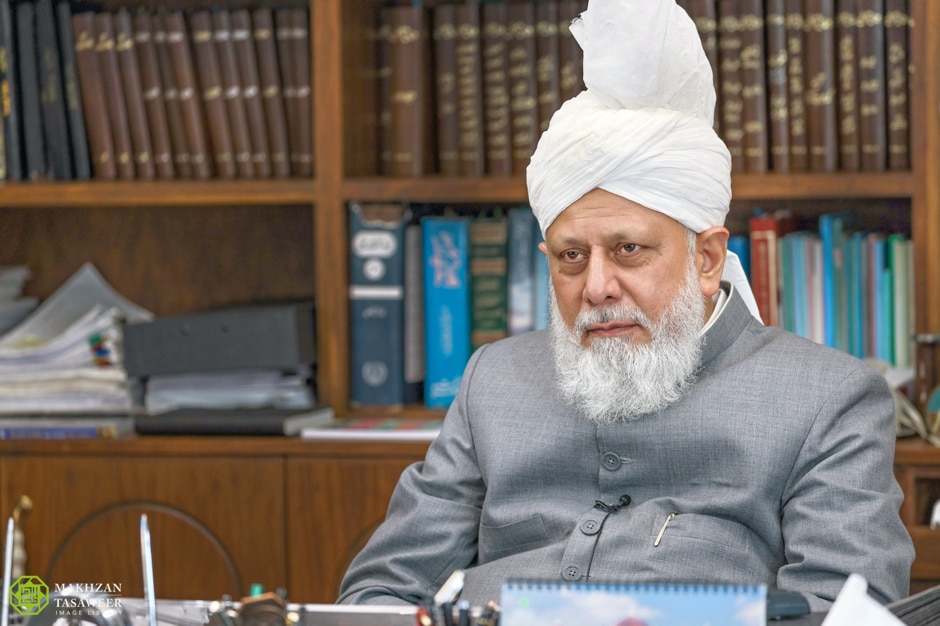 His Holiness gave detailed instructions regarding the moral and religious training of Ahmadi Muslims living in Belgium and how to spread the true and peaceful teachings of Islam across the country.

His Holiness stated the importance of leading by example and practicing what one preaches. In order to encourage others, His Holiness said that members of the National Amila should volunteer to dedicate periods of time in the service of Islam (Waqf-e-Arzi) to convey its message to others (Tabligh) or to teach the Holy Quran.

“If the National Amila members are not leading the way in sacrificing their time and efforts for the sake of the Ahmadiyya Muslim Community, what can be expected of others? Your home is not just where you live with your family, rather you should also consider your towns and cities as your home and consider it your duty to guide other people about Islam’s true teachings and to regularly sacrifice your time for the sake of others. This is the duty of the National Amila and also of the Amilas of the auxiliary organisations. Just engaging yourselves in paperwork is not at all sufficient, rather practical efforts are required for you to fulfil the pledges you have made.”

His Holiness expressed his appreciation of a scheme launched by the Ahmadiyya Muslim Community in Belgium to foster closer relations between parents and children.

According to the scheme, Ahmadi Muslim households were encouraged to eat at least one meal together each day as a family. Parents were encouraged to have open dialogue with their children and to seek to better understand the issues they faced. His Holiness said the scheme should be expanded and reviewed regularly.

Addressing the National Umoor-e-Kharija Secretary (External Affairs) about the importance of building relationships with other communities and the importance of fostering mutual understanding, Hazrat Mirza Masroor Ahmad said:

“It is important to establish contacts with the wider society, be they politicians, religious organisations, faith groups, charities, media and other groups. This is also a way to spread the teachings of Islam and to remove misconceptions that exist. It should be the case that other organisations and people outside of our community come to consider the Ahmadiyya Muslim Community as the standard bearer for the true teachings of Islam.”

As the meeting concluded, His Holiness instructed the Missionaries and other life devotees (Waqf-e-Zindighis) serving the Ahmadiyya Muslim Community to spare no effort in fulfilling their objectives and responsibilities. 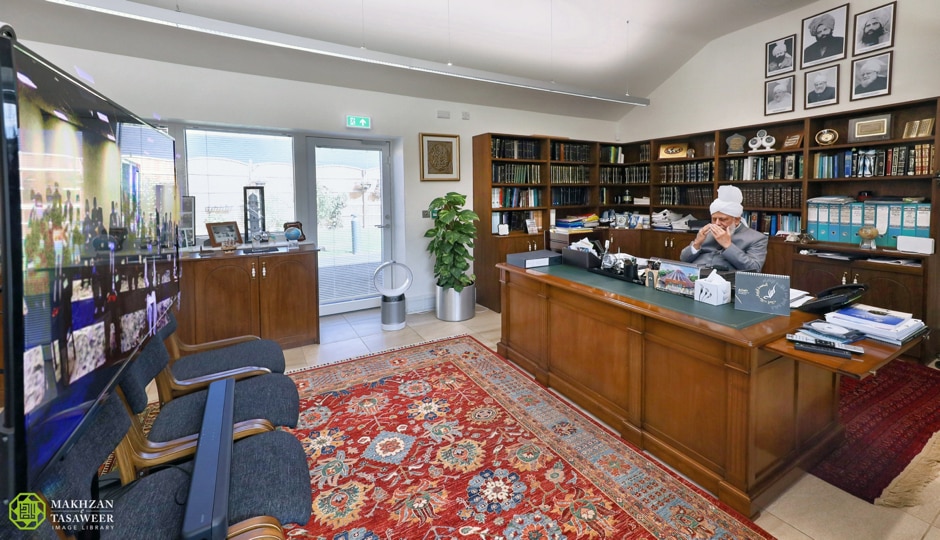 “Whatever duties and responsibilities are given to the Missionaries and Waqf-e-Zindighis must be fulfilled in the best way possible. They should be diligent in their duties and be at the forefront of serving the Ahmadiyya Muslim Community. If they are given more than one responsibility or duty they should not focus on one and disregard the others, rather they must seek to fulfil every single duty and set an example for others. May Allah the Almighty grant you all the ability to increase in your service to Islam and to fulfil your duties in the best way.”