His Holiness presided the meeting from MTA Studios in Islamabad, Tilford, whilst the Nasirat joined the meeting virtually from the Bait ul Mujeeb Mosque in Uckal, Brussels.

Following a formal session which began with the recitation of the Holy Quran, the attendees had the opportunity to ask His Holiness a range of questions regarding their faith and contemporary issues.

One of the Lajna members mentioned that she had seen the documentary, ‘Four Days without a Shephard’ on MTA which covered the story of how His Holiness was falsely imprisoned due to his faith in Pakistan as part of the persecution Ahmadi Muslims face in the country. She said that His Holiness looked completely calm during the imprisonment despite the terrible conditions. She asked how he gained the strength to bear the hardships in such a manner. 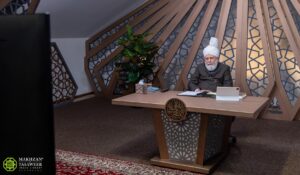 Another attendee asked His Holiness what the saying of the Prophet Muhammad (peace and blessings be upon him) meant in which he is reported to have said that ‘It is well-nigh that poverty may lead to disbelief.’

“We should always ask Allah the Almighty that if He is ever to give you wealth then He ensures that you remain grateful and you may fulfil the obligations that come with having wealth and that you spend the wealth not only for yourself but also for serving the poor. But if you ever have to face poverty and you have to ask something from others for any reason then you must never sell away your faith to achieve your purpose. Always protect your faith. If someone tells you that they will give you money for leaving Islam or for committing any sin, then following what they say will make a person a disbeliever. So you should always pray that Allah protects you from poverty and that you never commit an act that leads to disbelief.”

One of the Nasirat members enquired from His Holiness about the wisdom of why Muslims turn to their right and left to say greetings of peace when they finish their prayer.

“We do so because when we leave the presence of God, not only do we convey our message of farewell to the prayer, but we also convey peace to the people on our right and left. We send peace upon them. It is so that it creates the sense within us that we must live in peace with the people who we live amongst and we must make our atmosphere filled with peace, that we must not fight anyone. We should not become enemies of one another.”

One of the Lajna members asked His Holiness why children starve in Africa and other poor countries when He has said that He is the Provider.

“People go through trials in this life. For instance, [as part of the law of nature,] there are droughts that occur and so they are bound to have an impact upon the people. Sometimes people themselves also become incapable of making the right decisions and on other occasions the governments are dishonest and so they devour the wealth of their nation without a care for the people. So if people are dying in Africa, it should also be seen that the governments in those countries do not fulfil the rights of their people. Secondly, the world has now become a global village. The food we waste, for instance in Europe where there is an extraordinary amount of food that is wasted, if that food is distributed in Africa with all sincerity without any vested interests, then much of the hunger will be removed. If we share what we have and distribute the food Allah has provided us then no one will die of hunger. Allah has provided the food for us but it is our mismanagement of the resources which causes it to be diminished. The natural consequence of that is that children, women and the elderly starve. But the blame cannot be put on God for this. Even today the food in the world is enough to feed all people on earth.” 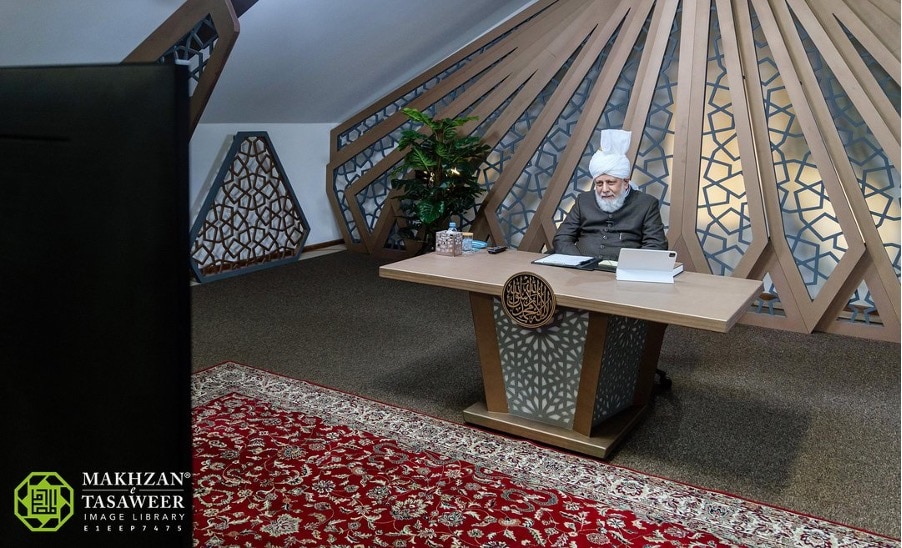