“Let the youth understand the importance of prayer. The five-time daily prayer – Salat – is obligatory for each and every Muslim.” – Hazrat Mirza Masroor Ahmad 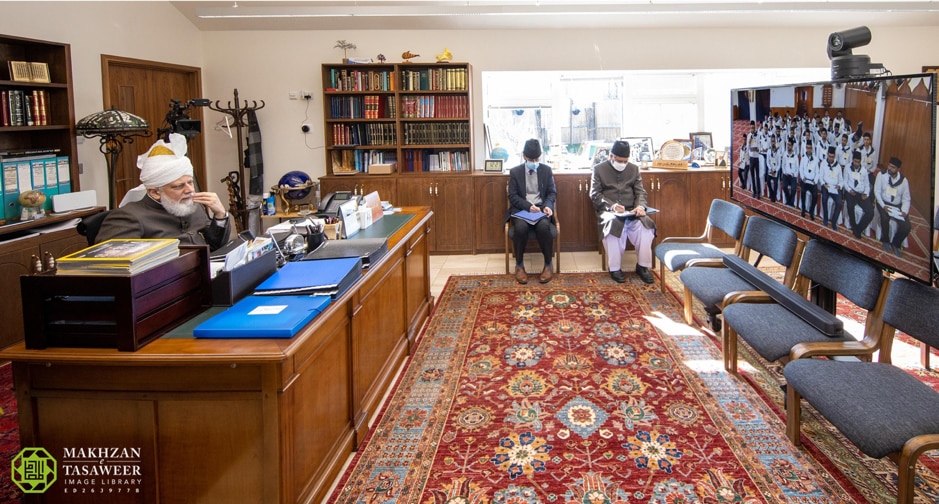 His Holiness presided the meeting from his office in Islamabad, Tilford, whilst the Amila members joined from the Darus Salaam Mosque complex in Rose Hill, which serves as the National Headquarters of the Ahmadiyya Muslim Community in Mauritius.

During the meeting, the Khuddam representatives were able to present a report of their respective departmental activities and proposed future plans.

Speaking to the National Secretary Tarbiyyat, responsible for moral training of the youth, His Holiness outlined that they must inculcate the importance of basic Islamic practices within the youth, such as the offering of the five daily prayers.

“Let the youth understand the importance of prayer. The five-time daily prayer – Salat – is obligatory for each and every Muslim. Make them realise the importance of it by providing them verses from the Holy Quran, the Ahadith and the passages of the Promised Messiah (peace be upon him) and of course the directions given to the Khuddam by the Caliphs of the Ahmadiyya Muslim Community. Each and every youth himself should realise the importance of prayer… In this regard, Amila members should set an example for others to follow. Until and unless you set your example, people will not follow your instructions.”

During the meeting, His Holiness gave extensive guidelines on the correct upbringing of older children from amongst Majlis Atfal-ul-Ahmadiyya, the department charged with the religious training of Ahmadi Muslim boys aged seven to fifteen.

Speaking to the National Atfal Secretary, His Holiness outlined the importance of ensuring the moral and spiritual development of Ahmadi Muslim children and outlined his expectations in this regard.

“When boys reach the age of 14 or 15, they normally develop different preferences and often become lazy with regards to the religious activities of the Ahmadiyya Muslim Community. So, this is a very crucial time and age for the Atfal where you should strive to keep them closer to you. Always try to attach them to their religion and involve them in the activities of the Ahmadiyya Muslim Community as much as you can.” 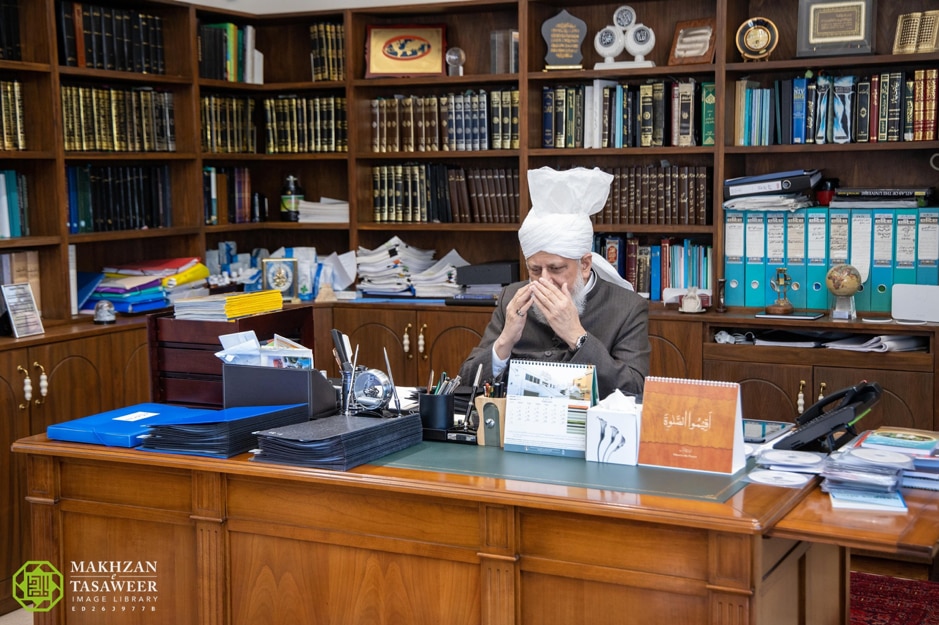 Later in response to another question, His Holiness again emphasised the importance of moral training of the youth at 14 and 15 years of age.

“Try to make programmes which are of interest to the older Atfal and the Khuddam. Ask them what type of activities they think will be beneficial for them and do not only just follow the traditional programmes and plans… Try to find out from them, what do they suggest? As long as their suggestions are within the four walls of the traditions of the Ahmadiyya Muslim Community and the teachings of Islam then you can make your plans accordingly. In this way you, you can increase the number of Atfal and Khuddam taking part in your activities.”

His Holiness also outlined the importance of sports and physical activities for the youth of all ages. 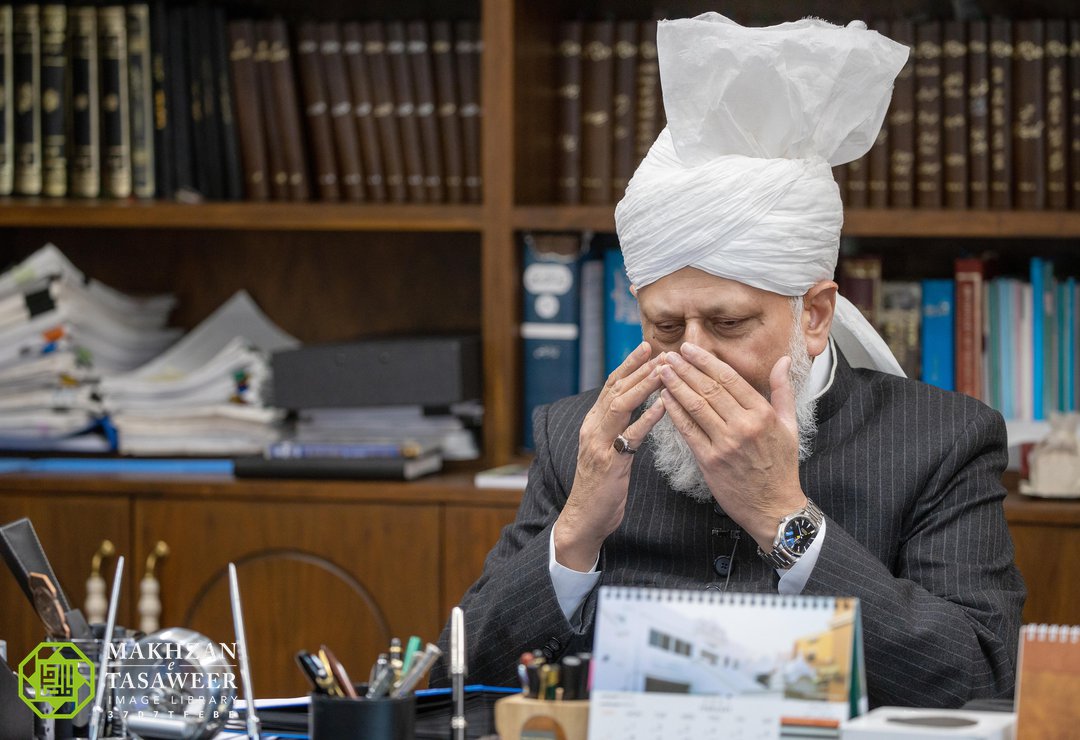 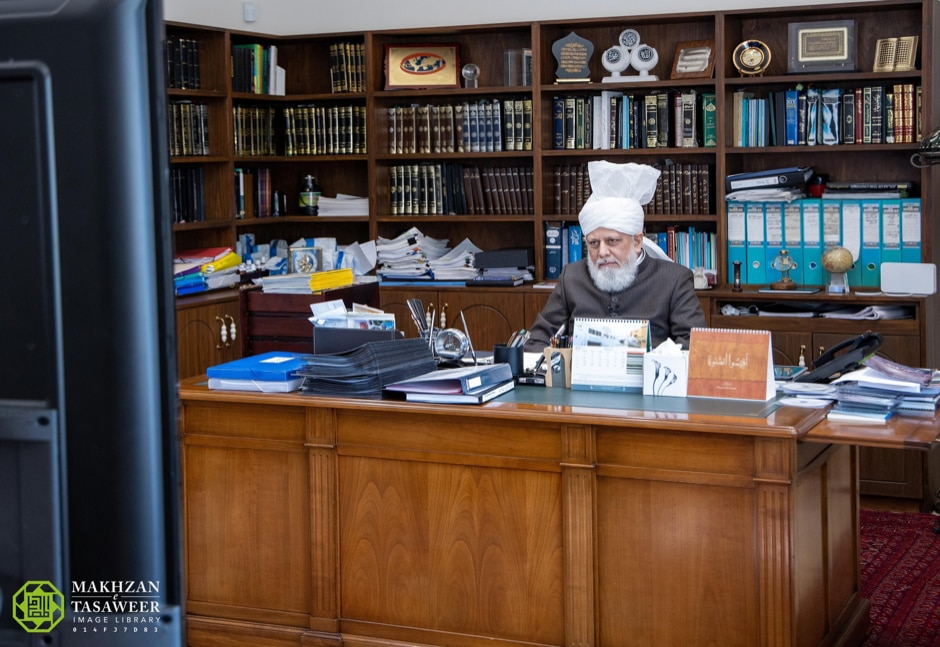