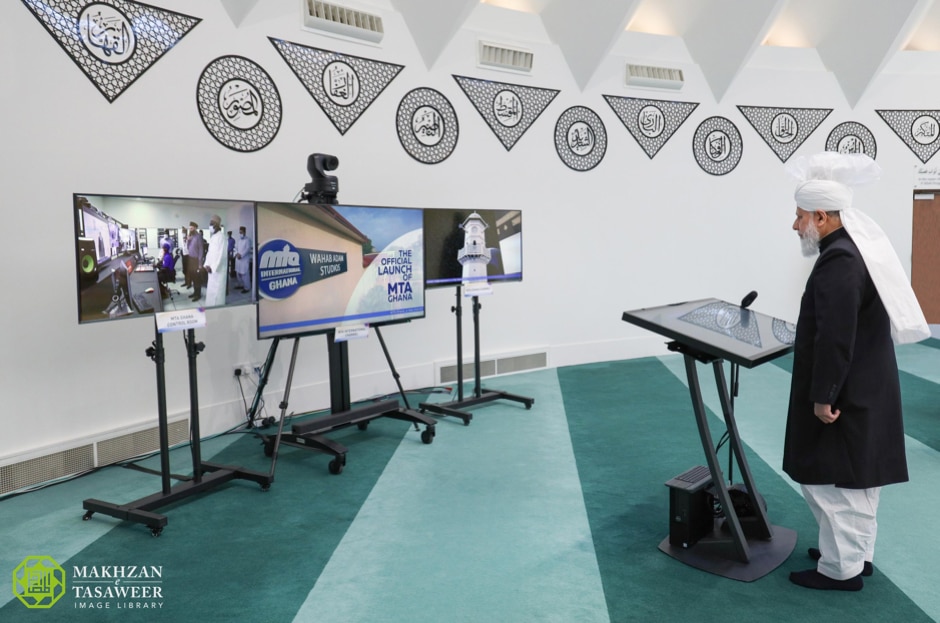 His Holiness officially launched the channel from the Mubarak Mosque in Islamabad, Tilford, after announcing its launch during his Friday Sermon.

Announcing the launch during the Friday Sermon, His Holiness outlined that the channel will broadcast for twenty-four hours a day and also mentioned the Abdul Wahab Adam Studio in Ghana, which was established in 2017 and has been producing majority of the programmes broadcast on MTA International’s, MTA Africa channel.

“There are 17 full-time staff members serving at the Wahab Adam Studio and more than 60 volunteers and they have been trained through various professional organisations. The Wahab Adam Studio is one of the most advanced studios in Ghana and comes equipped with state of the art facilities. Several media companies and broadcasters send their staff for training and experience in this studio.”

“A new TV channel named MTA Ghana is being launched by me shortly. This will be a new national TV channel broadcast on a digital terrestrial platform 24 hours a day. MTA Ghana will broadcast without the need for a satellite dish and will be available on a regular antenna in the country. This means that the people of Ghana will be able to access this TV channel very easily even on a regular antenna. It will be available at the same location and platforms as the other major TV channels in the country. Thus, it will reach hundreds of thousands of homes across the country and it will cover all areas, from the north of the country to its south, God willing.” 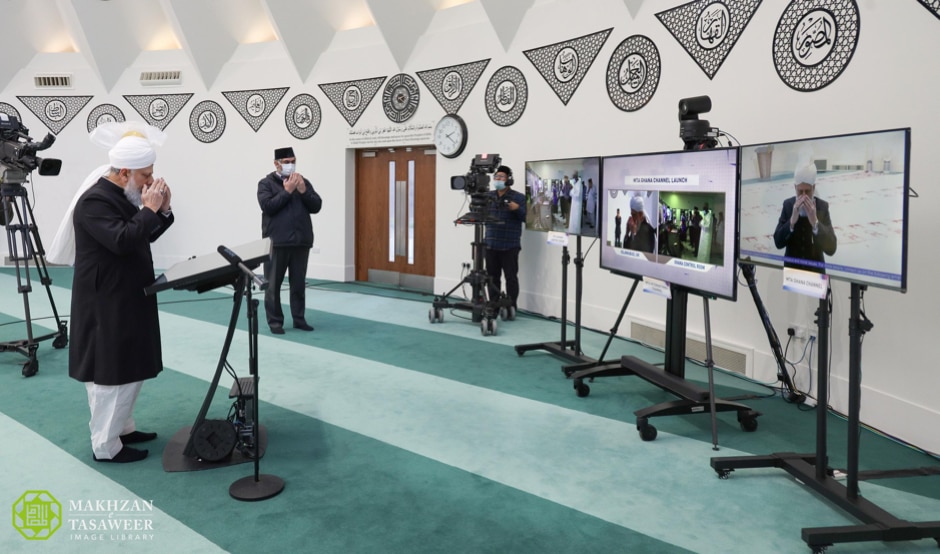 His Holiness explained that the channel will broadcast content covering various languages spoken in Ghana on religious, educational and moral issues.

Highlighting one of the unique aspects of the channel, Hazrat Mirza Masroor Ahmad said:

“The channel will be utilised to convey the true and beautiful teachings of Islam to the people, God willing. MTA Ghana is the only channel on a digital platform in the country that is solely dedicated to broadcasting Islamic teachings.”

“Where in one location our opponents try to close an avenue, Allah the Almighty opens several new doors for us in other places. These are the blessings of Allah the Almighty upon us. God willing, the paths which are being closed, they too shall open up one day at their appointed time. However, [as avenues close] Allah the Almighty provides the means for us to rejoice too.”

MTA Ghana will broadcast all of the programmes of the Head of the Ahmadiyya Muslim Community, such as his weekly Friday Sermon and other addresses.

It will also be producing unique content specifically tailored to the people of Ghana.

The launch of MTA Ghana marks yet another significant landmark in the development of MTA International.

The channel was officially launched shortly after the Friday Prayer by His Holiness and its launch was followed by a silent prayer. 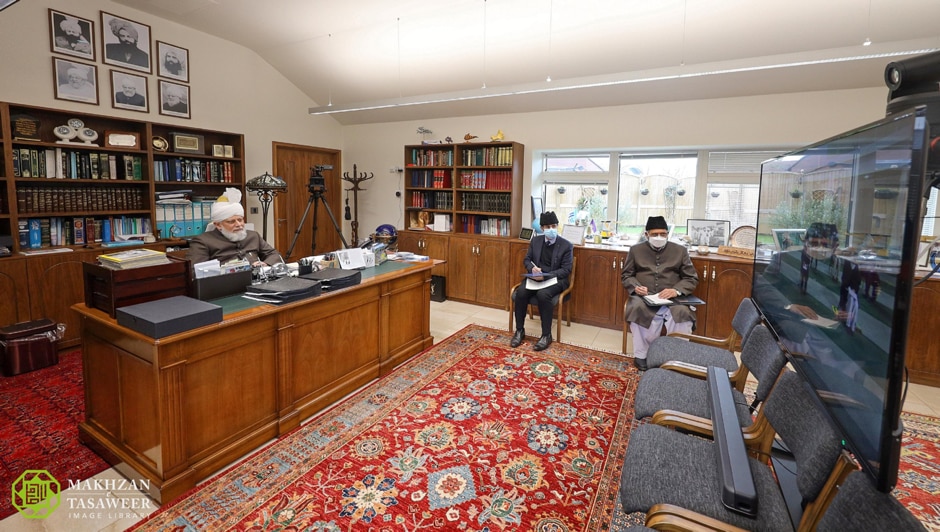