During the meeting, His Holiness answered a range of questions pertaining to religious and social issues

On 20 December 2020, the World Head of the Ahmadiyya Muslim Community, the Fifth Khalifa (Caliph), His Holiness, Hazrat Mirza Masroor Ahmad held a virtual online meeting with female members of the Waqf-e-Nau Scheme from Mauritius.

His Holiness presided the meeting from his office in Islamabad, Tilford, whilst the Waqf-e-Nau members joined from the Darus Salaam Mosque in Rose Hill, which serves as the National Headquarters of the Ahmadiyya Muslim Community in Mauritius.

The event started with the recitation and translation of verses of the Holy Quran, followed by a poem and a brief report outlining the activities of the Waqf-e-Nau in Mauritius.

For the rest of the hour-long meeting, members of Waqf-e-Nau had the opportunity to ask His Holiness a series of questions regarding their faith and contemporary issues.

His Holiness was asked about Quranic verse that ‘And we have not created the heaven and the earth and all that is between them in vain’ (chapter 38, verse 28) and that some people asked the value and benefit of certain living beings such as insects.

“Allah has not created anything in vain. No part of creation is useless. For example, a scorpion’s venom has been used in certain medicines . The same is true of snake venom, which has been used in homeopathy. There are other medicines that have been developed using insects or creatures that might otherwise have been considered useless. So there are quite a number of things which though we may not understand their purpose, Allah has instilled within them some purpose and so none of His creation is useless.” 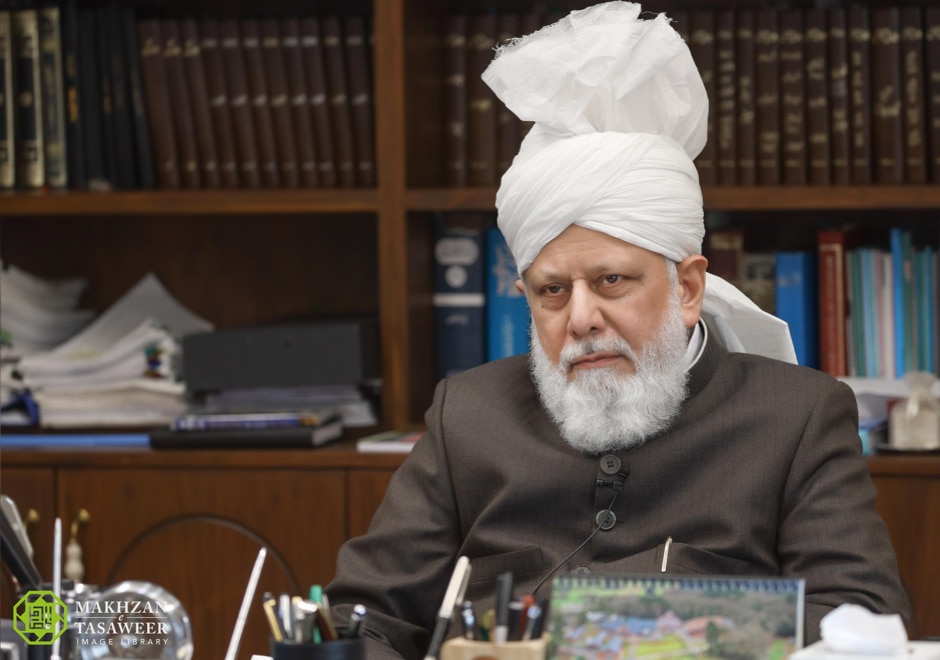 His Holiness was asked about social media and whether it was advisable for young girls to permit their non-Ahmadi friends to post photos of them together on social media.

“If you are of an age where you observe Hijab and take a photo with your friends then you should ask them not to post your photos on social media. To avoid risk, try to avoid having such photos taken in the first place but where they are taken then, as I said, ask your friends not to post them on social media. If they are your good friends, they will accept and honour your request.”

Another Waqf-e-Nau member asked how a person can attain the love of God Almighty and know that God is satisfied with them. 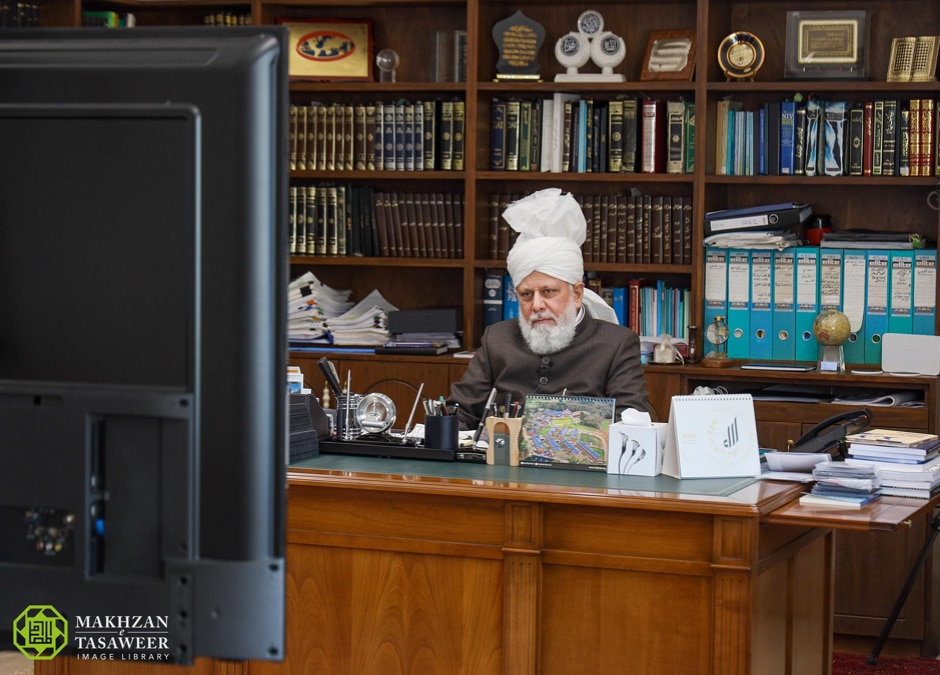 “The Promised Messiah (peace be upon him) said that he did not like for parents to unnecessarily scold their children over petty things. Rather he taught they should show patience and should pray for their children that Allah the Almighty may reform them and remove their shortcomings and the problems they have.”

In addition, His Holiness also said that children, as they grew older, also had a responsibility to follow the commandments of God Almighty.

Another Waqf-e-Nau mentioned the prevalence of illegal drugs in society and how the lives of young people were being gravely harmed through their use.

In response, His Holiness stated that the use of illegal drugs was a huge social problem across the world. He strongly condemned drugs cartels and suppliers as totally immoral and stated that they were corrupting societies worldwide. His Holiness expressed his dismay and horror at the fact that there were now drug dealers who were even ensnaring young children into the fold of their crimes by using them as mules for their illicit activities.

“The use of drugs is prevalent everywhere in the world and is being controlled by a large mafia, who are even utilising school children to sell their drugs. They offer them a small amount of drugs for free and when they become addicted then they ask them, ‘Okay, we shall give you more drugs free of cost if you sell them for us among your fellow students or others.’ So the society is now completely corrupted. There are no morals in the society. They do not care what they are doing with their children and the children of the nation.”

“So we must be very vigilant and parents must keep a close eye and advise their children about the dangers of bad company and the main thing is to pray for your children that they are never involved in such type of dangerous habits. Further, if you come to know of any person involved in such activities who are destroying the lives of children then you should inform the concerned authorities to take action against those people. Parents have to be very careful and watchful with regard to their children and their day to day activities and then pray for them.”

As the meeting drew to a close, a member of Waqf-e-Nau asked His Holiness how to ensure that a person’s spiritual state never declines or falls back.

“Offer Istighfar – seeking the forgiveness of Allah the Almighty – continuously. Seek Allah’s Help. Beseech Him for His Help. Fervently pray to him that once you have attained a certain spiritual status that you never fall back. Offer the five daily prayers with regularity, as Allah the Almighty has said that the daily prayers are the best source of keeping a person safe and free from the harmful effects of the worldly, materialistic society. And whenever any bad thought enters your mind always remember that Allah the Almighty is watching over you and that your every deed and action is being watched by Him.” 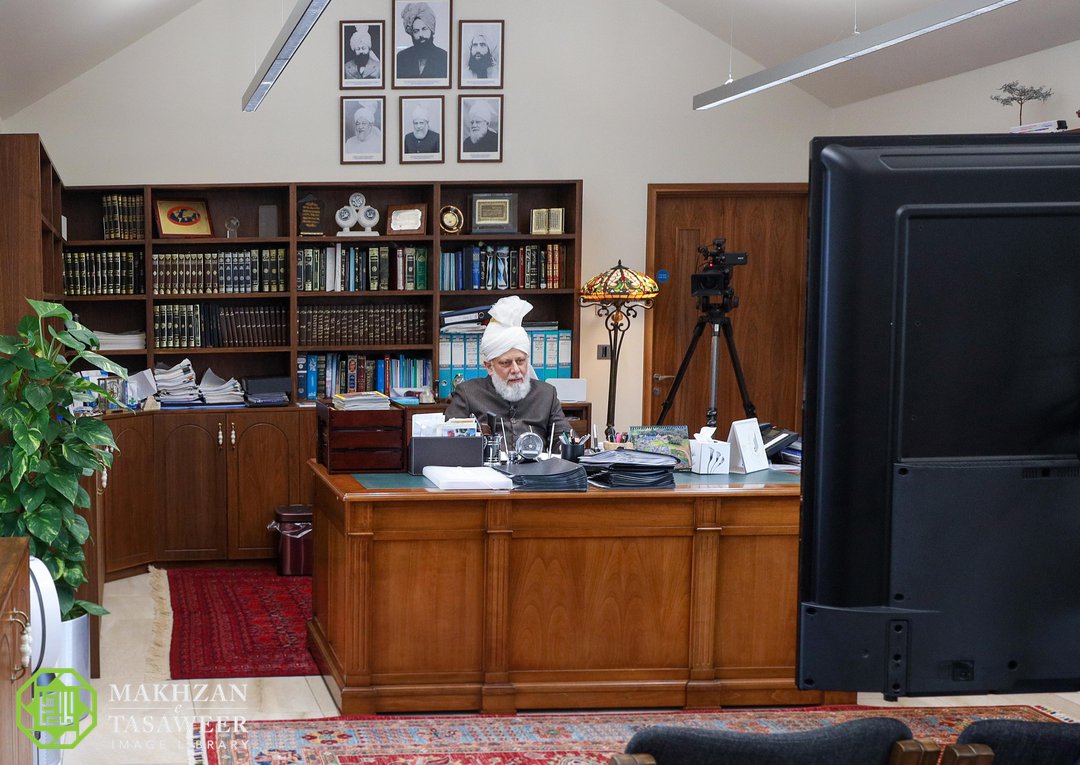 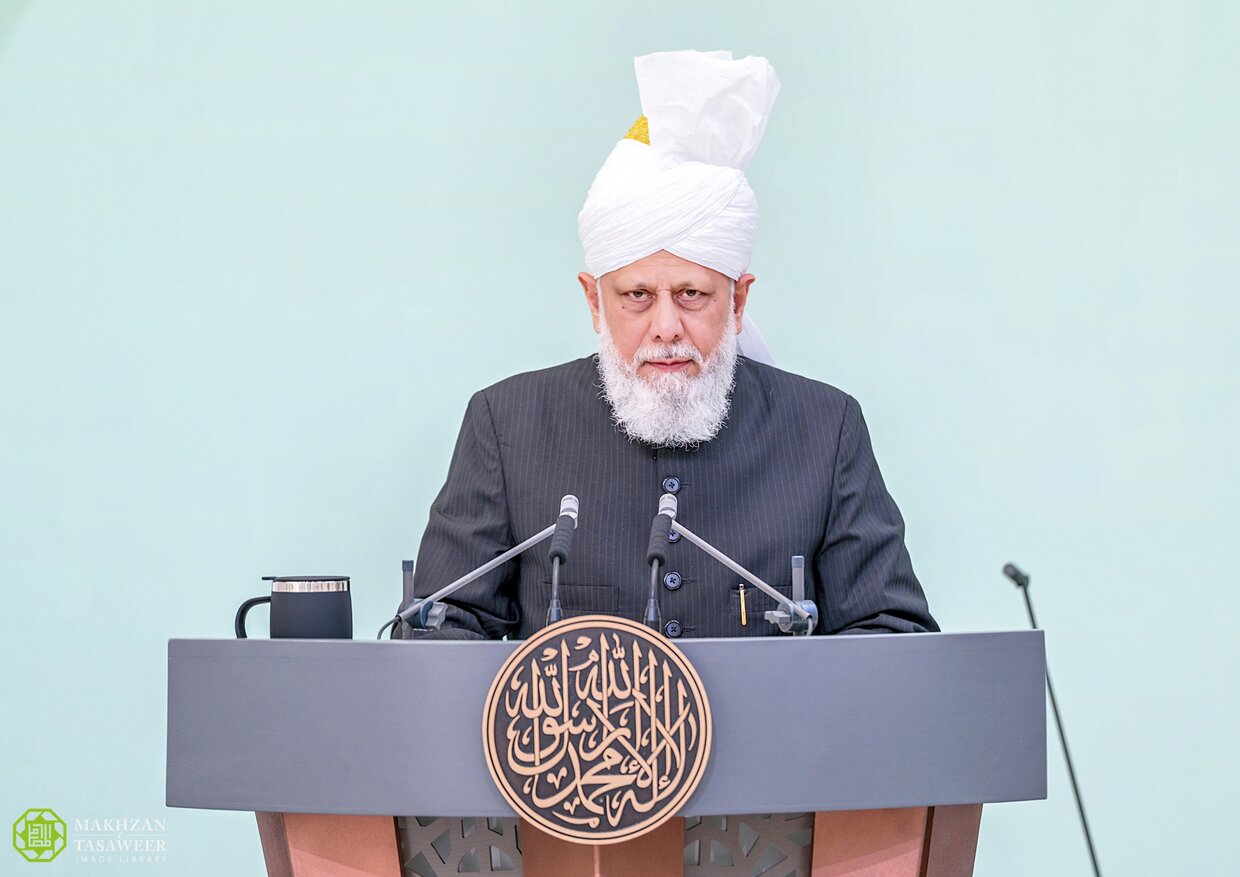