“True love for the Holy Prophet Muhammad (peace and blessings be upon him) requires us to love every aspect of his being and every feature of his noble character.” – Hazrat Mirza Masroor Ahmad

On 10 October, the World Head of the Ahmadiyya Muslim Community, the Fifth Khalifa (Caliph), His Holiness, Hazrat Mirza Masroor Ahmad held a virtual online meeting with over 60 members of Majlis Atfal-ul-Ahmadiyya from Australia aged between 12 and 15.

His Holiness presided the meeting from his office in Islamabad, Tilford, whilst the members of Majlis Atfal-ul-Ahmadiyya were gathered in the Khilafat Hall at the Baitul Huda Mosque complex (national headquarters) located in Marsden Park, a suburb in the Greater Sydney region.

The event started with the recitation and translation of verses of the Holy Quran, followed by a poem. Thereafter, a report was presented by the National Secretary Majlis Atfal-ul-Ahmadiyyain Australia.

For the rest of the one hour meeting, members of Majlis Atfal-ul-Ahmadiyya had the opportunity to ask His Holiness a series of questions regarding their faith and religion.

Upon being asked about what distinguished Islam over other religions, His Holiness stated that the advent of Islam marked the perfection of religion and that the Holy Quran was a universal teaching for all mankind. On the contrary, previous Prophets and Scriptures were for certain nations and peoples. His Holiness explained that it was only when human-kind had reached the required level of understanding and when it was possible for a religious teaching to spread to the corners of the world that Allah the Almighty, out of His Infinite Grace and Mercy, sent the Holy Prophet of Islam (peace and blessings be upon him) and commissioned him as a the Final-Law bearing Prophet. 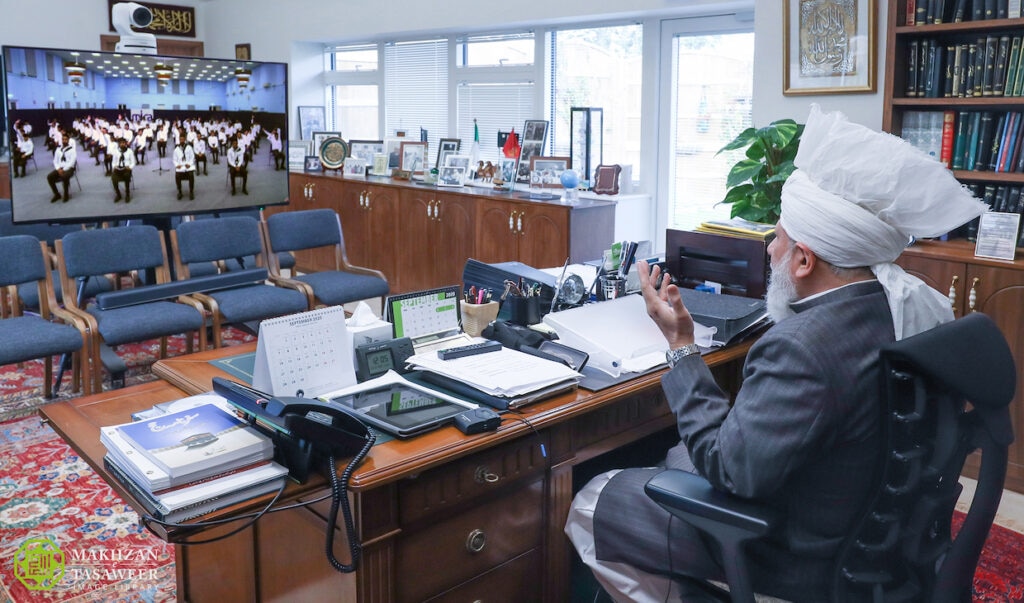 Thereafter, when asked if there was a particular characteristic of the Holy Prophet of Islam (peace and blessings be upon him) which he loved above others, Hazrat Mirza Masroor Ahmad said:

“Allah the Almighty has deemed the Holy Prophet Muhammad (peace and blessings be upon him) to be the perfect role model and example for all of humanity and so true love for him requires us to love every aspect of his being and every feature of his noble character. Thus, when reflecting upon the Holy Prophet (peace and blessings be upon him), who was the perfect example for humanity, rather than focusing on one attribute or quality, it is imperative that we love each and every action and characteristic of his and seek to follow it in our own lives to the best of our abilities. If a person is able to live their lives in this manner, then he or she will certainly be a good Muslim.”

His Holiness was asked whether offering the five obligatory prayers in one’s home, rather than in the Mosque, due to COVID-19 restrictions would result in the same rewards and blessings from God Almighty.

“Currently those Muslims who are praying at home due to the COVID-19 restrictions are doing so out of necessity and Allah the Almighty knows their true intentions. He is the Merciful. If a Muslim purposely avoids going to the Mosque in normal circumstances to worship, it is wrong. However, where the conditions do not permit it then Allah will grant His rewards according to people’s intentions. This is why the Holy Prophet (peace and blessings be upon him) has said that ‘Verily deeds are judged by the intentions.’ If a person has pure intentions they will be rewarded for it. On the other hand, if they have impure intentions then they will be the recipients of His Displeasure. For example, some people make charitable donations but their objectives are not sincere and that is wrong and disliked by Allah the Almighty.”

A young boy asked His Holiness what qualities a young person should look for in their friends.

“Seek friendships with those people who are faithful to you, who are sincere and who hold sympathy for others in their hearts and are of good character. True friends are those who do not deceive you or lie to you no matter what the circumstances. As you are all young students, try to be friends with people who take their studies seriously. Further, as Ahmadi Muslims, you should cultivate friendships with people who believe in the existence of God Almighty.” 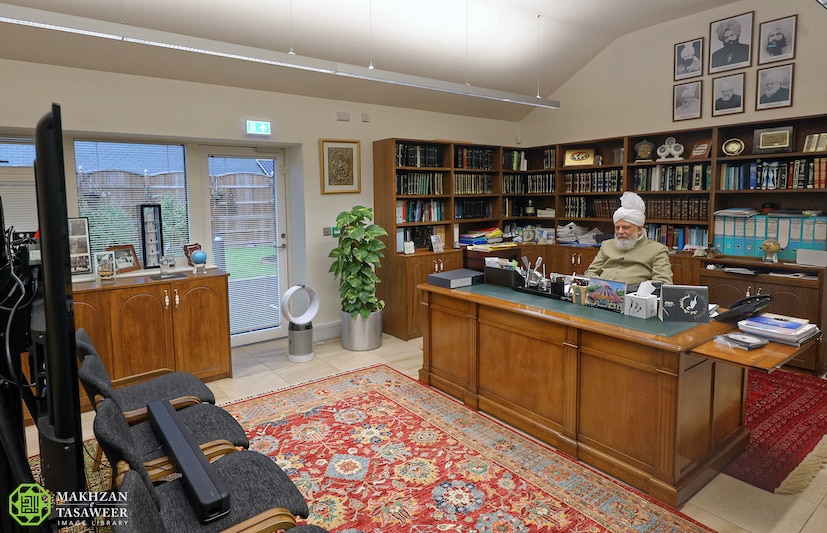 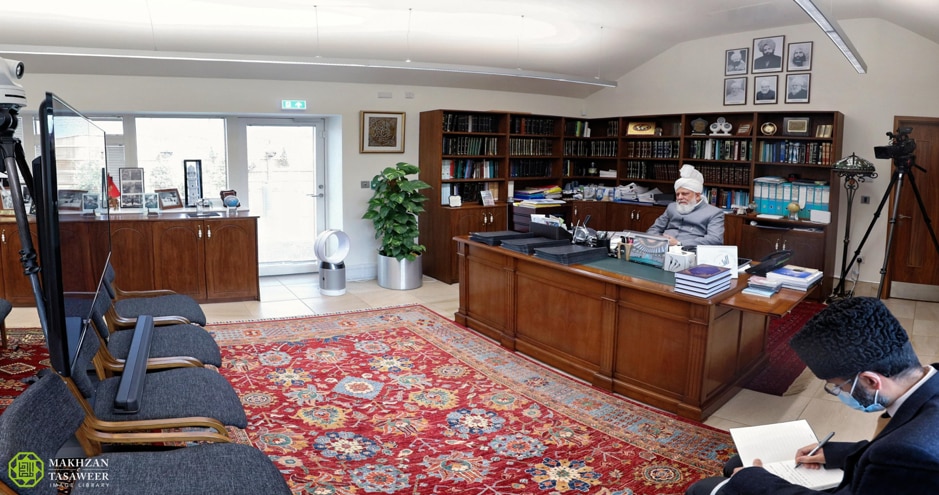