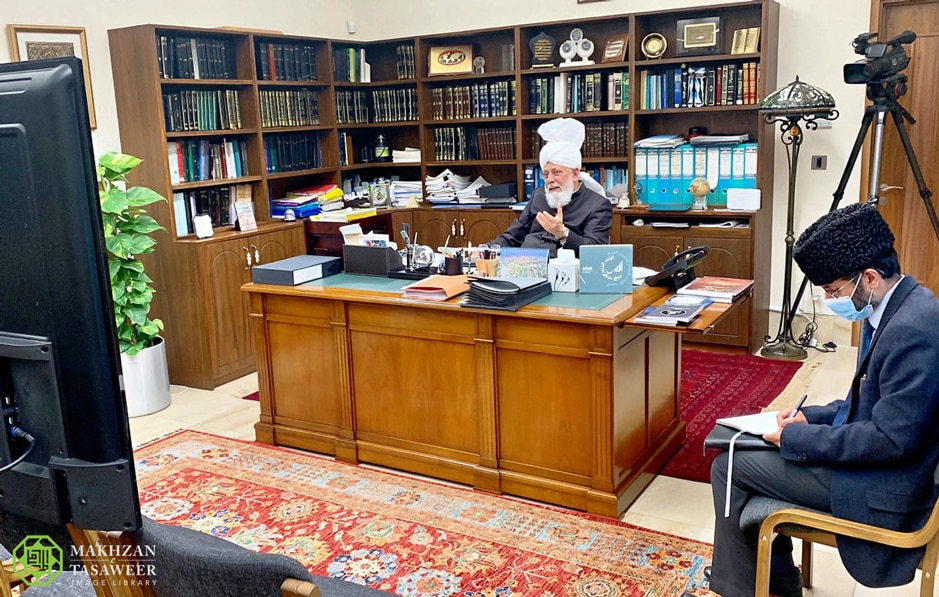 In this way, it heralded the dawn of a new avenue for Ahmadi Muslims to meet with and to seek the guidance and prayers of their spiritual and religious leader.

The members of Majlis Atfal-ul-Ahmadiyya were due to to visit the UK earlier in the year to meet His Holiness, however the trip was cancelled due to COVID-19. Thus, His Holiness permitted for a virtual online meeting to take place instead.

His Holiness presided the meeting from his office in Islamabad, Tilford, whilst the members of Majlis Atfal-ul-Ahmadiyya were seated, according to local rules governing social distancing, at the Baitul Islam Mosque complex in Peace Village, Canada.

The event started with the recitation and translation of verses of the Holy Quran, followed by a poem. Thereafter, a report was presented by the National Secretary Majlis Atfal-ul-Ahmadiyya in Canada. He said that the administration of the Ahmadiyya Muslim Youth Association Canada (Majlis Khuddamul Ahmadiyya Canada) had sought to engage Ahmadi Muslim youth through various online initiatives during the COVID-19 lockdown.

His Holiness recognised and appreciated the fact that progress had been made but also stated that they should ensure that whatever progress had been achieved was maintained and built upon. He said it was imperative that all efforts were made to ensure the continued religious development of Ahmadi Muslim youth.

Thereafter, for the rest of the one hour meeting, members of Majlis Atfal-ul-Ahmadiyya had the opportunity to ask His Holiness a series of questions regarding their faith and religion.

In reply to a question about whether His Holiness would travel to Canada once the world was free from the harmful effects and risks of COVID-19, Hazrat Mirza Masroor Ahmad said:

“It is up to all of you and Ahmadi Muslims around the world to pray that the world is soon rid of the threat of COVID-19. We must all fervently seek the Grace and Mercy of Allah. Once this period passes, I will, God Willing, resume my journeys and travels abroad so I can meet Ahmadi Muslims in different countries. Nevertheless, through the means of this meeting, I feel as though I am in Canada. I can see the Mosque and the exact spot where I was interviewed by a Canadian journalist. I can see the hall where many of you are sitting. It is as if I am with you!”

The children were able to ask His Holiness a range of further questions. For example, one asked how children could develop their relationship and bond with Allah the Almighty. Others asked about the life after death, about organ donation and the possibility of life on other planets.

Above all, every person present felt joy and happiness at meeting His Holiness and being the very first group to enjoy such an audience.

Following the meeting, on behalf of the Canadian group, the President of the Ahmadiyya Muslim Youth Association Canada, Zubair Afzal said:

“It was a truly faith-charging and life changing occasion, that shone as beacon of light for our Atfal and all of Khuddamul Ahmadiyya Canada, during this pandemic. The fact that His Holiness took so much time to speak to our Atfal, to be with us, was so moving for us. All of the Atfal were so happy and filled with joy. No doubt can be left as to how pivotal this once in a lifetime opportunity for our Atfal was. They all said that it was as if His Holiness was sitting right in front of us and was among us. Given everything going in the world, and especially in light of the travel restrictions, this was even that much more special, and made the joy of this meeting even more heightened. We can never thank Allah the Almighty enough for this divine blessing, and we can never thank Allah enough for the divine gift of Khilafat.” 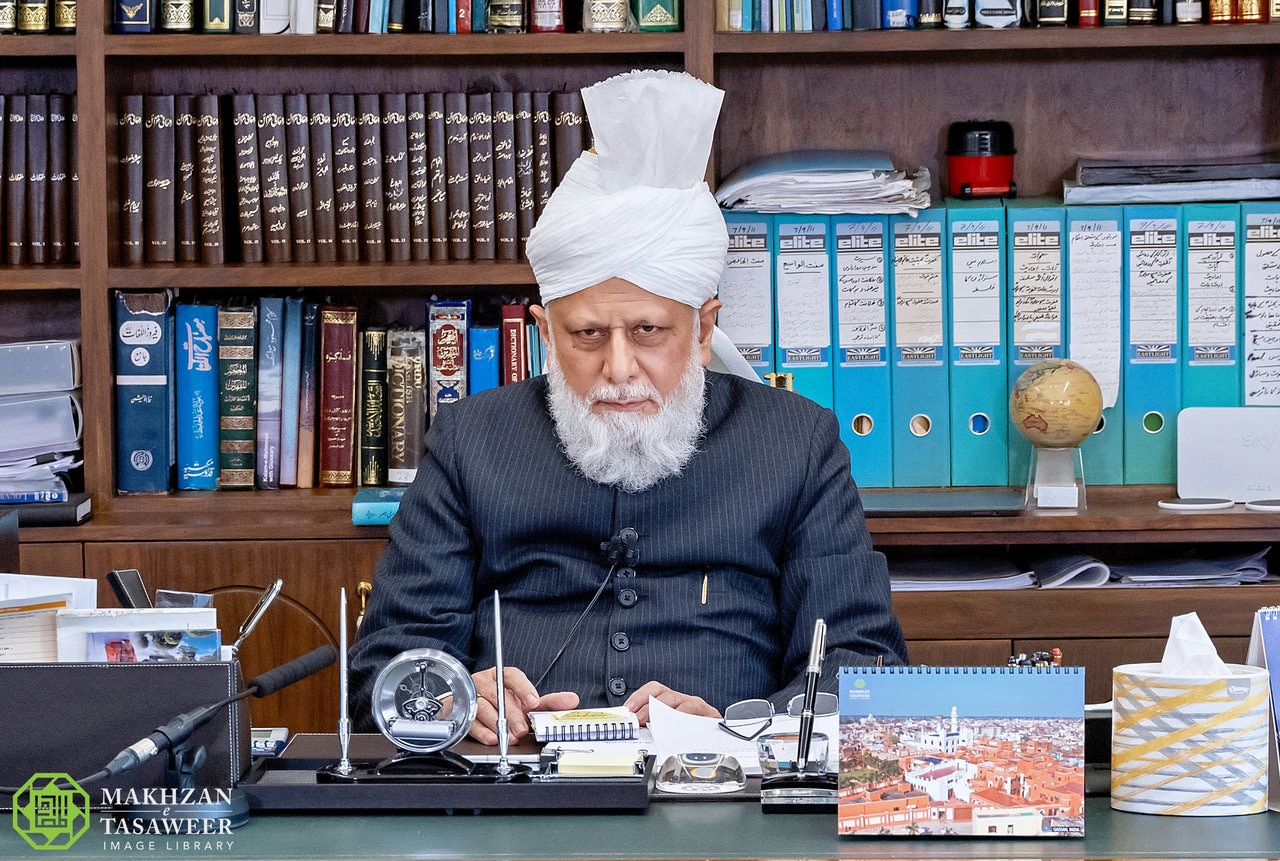